Xiaomi announces Seventh manufacturing plant in India, will now produce 3 phones per second in the country

Xiaomi India is expanding its manufacturing footprint in India under the Make In India programme. The Chinese tech company has announced a new 1 mn Sq Ft manufacturing facility in Chennai, in partnership with Flex. 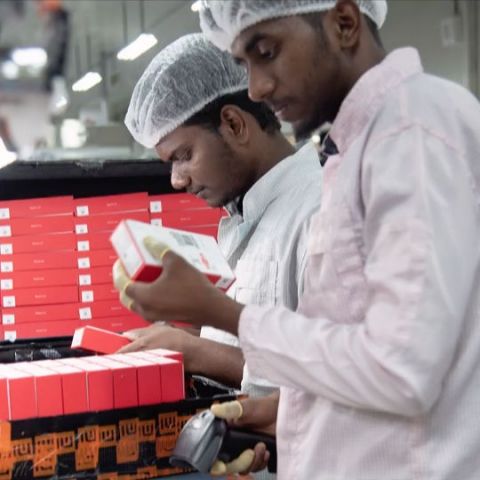 Xiaomi India has announced a new manufacturing facility in India which will take up the total count of its manufacturing units in the country to 7. The new and seventh smartphone manufacturing hub has been announced by Xiaomi in partnership with Flex (formerly Flextronics) and the 1 mn Sq Ft facility will be housed in Chennai.

Xiaomi says that it will not only be assembling smartphones at the new manufacturing facility, but will also produce PCBAs (Printed Circuit Board Assembly) locally. PCBAs, as per Xiaomi, make up 50% of the value of a smartphone. This new facility will be an addition to Xiaomi’s existing manufacturing units in Andhra Pradesh, Tamil Nadu and Noida. The company now has three manufacturing partners in India, including Flex, Foxconn and Hipad.

Xiaomi’s manufacturing expansion in India was announced during the launch of the Redmi Go smartphone and the new Mi Pay UPI-based digital payments service in India. During the announcement, Manu Kumar Jain, Xiaomi India MD said that the company now employs over 20,000 people in India and that 95% of its employees in the country are women. He also said that with the new facility, the Xiaomi's production capacity has increased from 2 phones per second to 3 phones per second in India.

Jain said that 95% of Xiaomi’s phones are made in India with 65% of a phone’s value sourced locally. He said that the company is working towards bridging the 5% gap in local manufacturing and will soon produce 99% of the phones it sells in India within the country’s borders. He went on to highlight that Xiaomi now makes TVs, Power Banks, Smartphones, Batteries, Chargers, and USB Cables in India, and aims to expand to other product categories as well.

Xiaomi also recently invested Rs 3500 Cr in India to expand its business and its Mi Home retail stores in the country.