Windows 10 update for mobiles delayed till next year

The Windows 10 For Mobile, which was supposed to roll out to existing devices this month, has been delayed till next month. 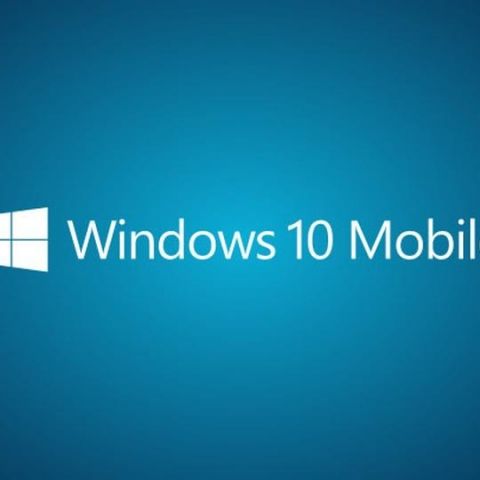 The Windows 10 for mobile update, which was supposed to come on eligible phones this December, has been delayed till next year. The update was supposed to bring Windows 10 to select Lumia devices running on Windows 8.1. Microsoft hasn’t confirmed the reason behind the delay but this means that users who want to experience Windows 10 on mobile might have to wait till next year or invest in either of the two new Lumia flagship phones.

Microsoft's statement on the issue says, "This November we introduced Windows 10 to phones including brand new features such as Continuum and Universal Windows Apps with the introduction of the Lumia 950 and 950 XL. The Windows 10 Mobile upgrade will begin rolling out early next year to select existing Windows 8 and 8.1 phones."

Currently, Microsoft’s Lumia 950 and the 950 XL are the only two phones in India that offer Windows 10 for mobile. With the new operating system, Microsoft has brought plenty of new features and new interface. The new version of Windows features Universal apps, which allows developers to make an app for PC or mobile, which will then run seamlessly on any Windows-powered device. Microsoft also had plans to give developers an easier tool to port iOS and Android apps onto the Windows platform, but recently the company suspended the idea recently.

The biggest feature in Windows 10 though, which sets the new platform apart from Android and iOS is “Continuum”. It was showcased on the Lumia 950 and 950XL and uses the processing power of the phone and converts it into a PC when hooked up with a Microsoft Display Dock. The new operating system also brings the Edge browser for which Microsoft has developed an all new rendering engine. The browser supports reading lists, on-screen annotations, and there are even plans to add support for extensions. Microsoft has also made the Lumia camera app, the default camera app on Windows 10 for mobile.