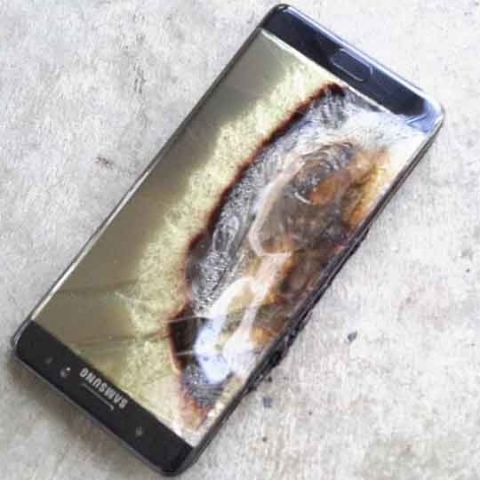 Regulators are quickly moving to investigate the replaced Samsung Galaxy Note 7 that caught fire during the Southwest Airlines flight. The investigation is being carried out by the US Consumer Product Safety Commission and reportedly they are moving “expeditiously” to discover what exactly happened.

Commision Chairman Elliot F. Kaye has requested that consumers who are using the recalled Galaxy Note 7 keep their smartphones powered down and make use of the solutions being offered by Samsung immediately. One of these options also happens to be a full refund.

On this particular incident reports suggest all passengers were able to make it off the plane safely. CPSC Agents have already reached out to Samsung and the FAA in order to get to the bottom of the situation.

According to Green, the owner of the phone in question, he powered down his phone during the airplane safety presentation as requested by the flight attendants, but the phone began smoking heavily moments later before he dropped it on the floor of the Boeing 737. The plane was immediately evacuated and the flight, which was scheduled to travel to Baltimore from Louisville, was cancelled.

The most concerning thing about this situation is the fact that the phone that caught fire is supposedly one of the models that had already been replaced by Samsung and therefore should not have had any issues with the battery. While there have been reports of issues with the phones internationally this occurrence appears to be the first in the States.

If the phone is indeed one of the replacement models, this could be disastrous for Samsung who’ve already spent a bomb recalling and replacing the older Note 7 units across the world. It could also mean another round of phone recalls which only spells more trouble for consumers who are already frustrated by Samsung’s slow pace handling the recalls and lack of communication.