The listing showed that both the phones were registered on June 26 and were provided certification on July 4.

Recently, HMD Global was reported to be working on the development of a flagship device with Qualcomm Snapdragon 845. The said device is expected to launch at this year’s IFA in September.  While some claimed it was the Nokia 9, others dubbed the phone ‘A1 Plus’. Amid this, the company reportedly got Eurasian Economic Commission (EEC) certification for two phones with model numbers TA-1087 and TA-1119, in Russia. According to a report, no phones with these model numbers have neither been announced nor launched in any country. 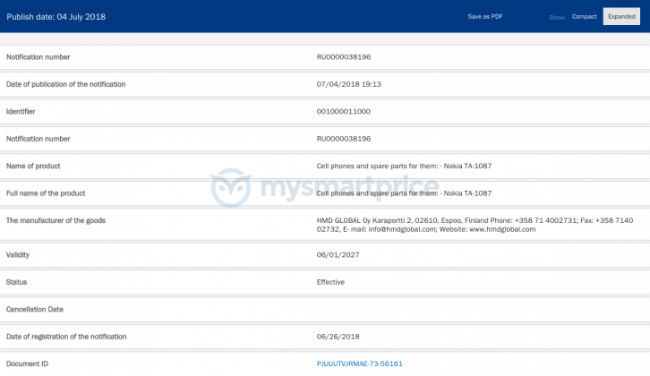 While the specs of these unknown Nokia phones are not known yet, the listing says that these phones were registered on June 26 and the certification to both the devices was awarded on July 4. Nokia has been in the news primarily because several reports and leaks have claimed that a Nokia-branded phone will be launched at IFA. As we mentioned above, the device is expected to be a flagship, with a 5.7-inch OLED display by LG and Android P out-of-the-box. It is also being referred to internally as "A1P", "AOP" and “A1 Plus Euro”, suggesting that the smartphone is being developed keeping in mind the European market. 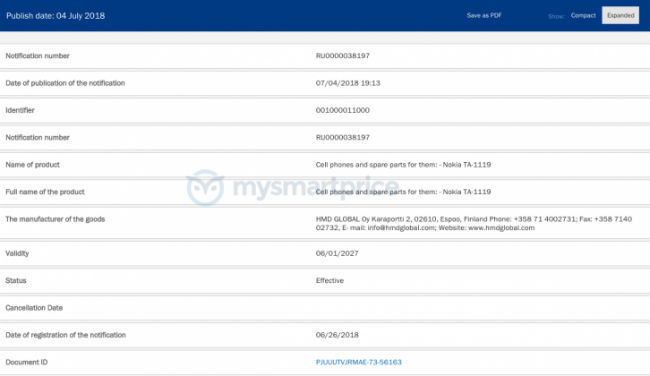 Earlier this year, reports and leaks about more Nokia phones started to come up in good volumes after HMD Global launched a total of five new devices at MWC 2018, including one new feature phone. The four new smartphones are the Nokia 7 Plus, Nokia 6 (2018), Nokia 8 Sirocco and Nokia 1. The feature phone is the Nokia 8110 4G. It was also reported that Nokia's 'Banana' feature phone, Nokia 8110 4G, is expected to get WhatsApp support after Reliance announced the same for its latest JioPhone launched at Reliance Industries (RIL) 41st Annual General Meeting (AGM).