According to leaked Geekbench benchmarks, Korean electronics maker LG is working on two new smartphones. The two new devices are likely to join LG’s K series of smartphones, being listed as K530 and K535. While we don’t know how the devices look or what other features these might come with, the benchmark reveals that these devices are powered by a Qualcomm Snapdragon 430 SoC. This chipset is the newest addition to Qualcomm’s 400 series of SoCs. 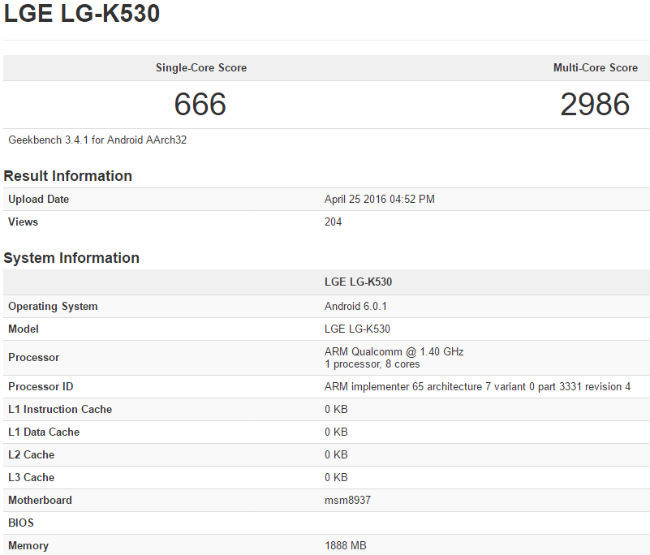 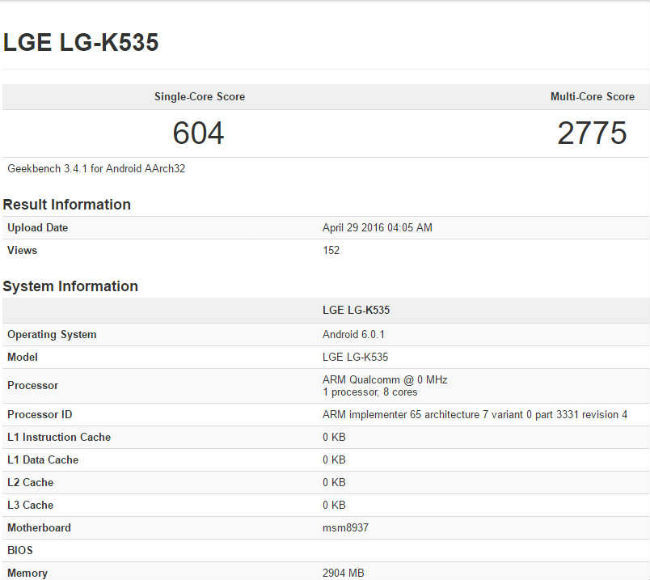 Qualcomm unveiled the Snapdragon 430 SoC back in September, alongside the Snapdragon 617 SoC. It features an octa-core ARM Cortex-A53 processor setup that can be clocked to up to 1.2GHz. These are aided by the Adreno 505 GPU, and the Hexagon DSP chip. The Snapdragon 430 feature an X6 LTE modem that has Cat 4 downlink speeds up to 150Mbps and support of 2 x 10MHz Carrier Aggregation. It also has Cat 5 uplink speeds of up to 75Mbps with support for 64-QAM. The processor also supports camera sensors up to 21MP, and offers dual ISP (Image Sensor Processor) capability.