Top tablet comparison: iPad vs. Xoom vs. TouchPad vs. PlayBook 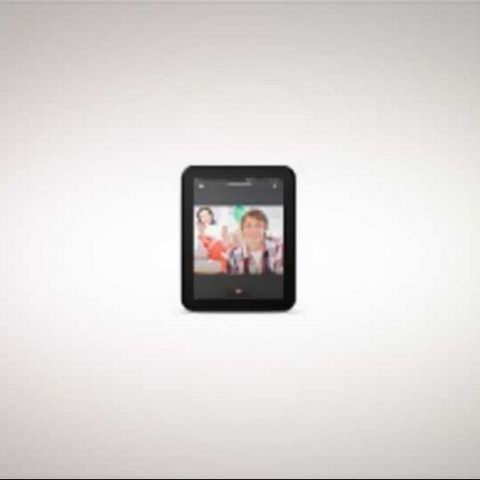 The cream of the tablet crop is now four devices strong: the Apple iPad, BlackBerry PlayBook, Motorola Xoom and HP TouchPad will all compete for dominance. How do they stack up?

For nearly a year since Apple launched the iPad, everyone's been clamoring for viable competitors to the great tablet device. Customers want choices, and manufacturers want their slice of the booming tablet market. Some decent options, like the Samsung Galaxy Tab and the Barnes & Noble Nook Color, have come out (along with a lot of not-so-decent ones), but in the last couple of months we've been shown what the cream of the tablet crop looks like.

At the top of the tablet market, fighting for dominance, are four manufacturers, making four tablets that each run different operating systems. At the head of the list, of course, remains the Apple iPad. It's dominating the market, and with the iPad 2 likely due to arrive in a matter of weeks, it could take another leap ahead. Coming up fast behind it, though, are the Motorola Xoom, the HP TouchPad, and the BlackBerry PlayBook, all of which appear poised to make significant waves in the tablet pool.

The Motorola Xoom is a 10.1-inch tablet (slightly larger than the iPad) and is the first device running Android 3.0 "Honeycomb," the tablet-optimized version of Google's popular Android operating system. Android, and by extension the Xoom, still suffers from a lack of apps that look good on larger screens, but the Xoom's hardware is solid, and Honeycomb looks to be a giant leap in the right direction for Android tablets.

RIM, always a business-centered company, is launching the BlackBerry PlayBook with both professionals and consumers in mind. Sporting a 7-inch screen, it's decidedly more pocket-friendly than the iPad or the Xoom. BlackBerry smartphone owners can use their phone's 3G or 4G connection to get online with the PlayBook. It runs a brand-new operating system, one that will allow developers to build apps using Java, Flash, Adobe Air, and other technologies. That means we could see a lot of apps, particularly cross-platform ones, for the PlayBook.

[RELATED_ARTICLE]The newcomer to the tablet party is HP's TouchPad. The 9.7-incher, available this summer, runs WebOS—the fruits of HP's $1.2 billion purchase of Palm last year. The operating system looks ideal for a tablet, with the card-based system that so many people liked on the Palm Pre. The tablet looks almost exactly like the iPad, but sports some unique features, like a touchstone capacitive charger, and the ability to tap a Palm phone and send information back and forth between the devices. HP is at an enormous app disadvantage, though, and it remains to be seen if it can convince developers to build apps for the TouchPad like they have for the iPad and Android-based tablets.

Over the last couple of months it seems we may have finally seen what great tablets are going to look like in the near future. How things will shake out among the competitors remains to be seen, but it certainly appears that tablet buyers will finally have several excellent options. See how the big four stack up side-by-side in the chart below. 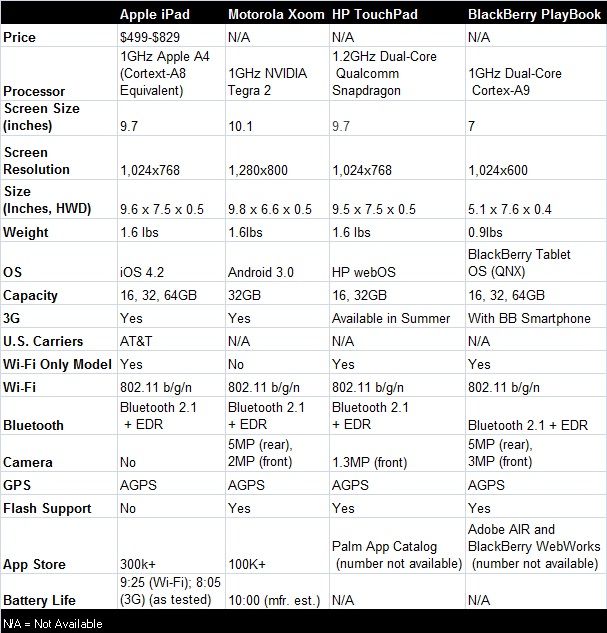