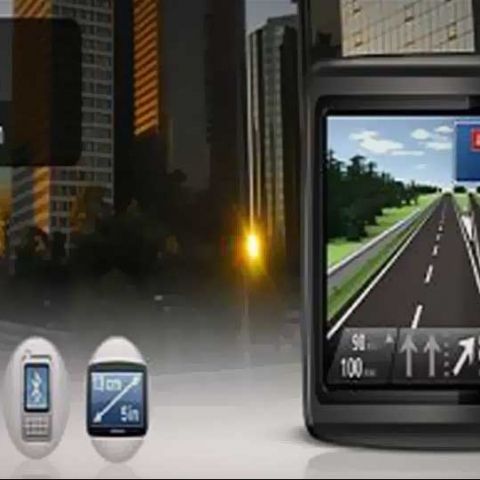 Netherlands-based automobile navigation system maker TomTom has announced its entry into the Indian market with a range of devices for car owners in the country. The company has unveiled three navigation devices, namely Via 100, Via 120 and Via 125, which are scheduled to hit shelves next month.

TomTom has spent the last several years preparing maps of Indian streets. It has further set up its headquarters in Pune and aims to increase its manpower later this year. TomTom's Via series products come with its new Voice Control Functionality and Landmark Navigation facility. The Landmark Navigation feature enables drivers to search for the nearest landmark, and plan the journey accordingly. While all three models feature turn-by-turn voice navigation, the Via 120 and Via 125 devicess also feature Voice Control functionality.

TomTom will provide its Indian users a new feature called “Help Me”. This is an emergency menu through which users can keep local emergency service numbers at their fingertips.

"There is no doubt that the navigation market in India is growing briskly and looking for high quality, easy to use navigation solutions. With the extensive experience that TomTom is bringing to the region coupled with its global quality standards and processes we can change the current regional landscape," says Jocelyn Vigreux, Managing Director, TomTom India.

TomTom will be facing a competition from navigation service providers such as MapMyIndia and Garmin. MapMyIndia recently launched seven-inch Android-based navigation and infotainment tablet called CarPad. The device runs on Android Froyo and is priced at Rs. 22,990.