Tired of being called boring, Nokia is developing a wearable, flexible phone 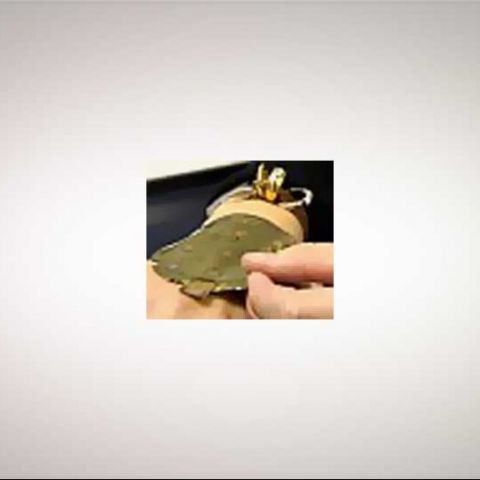 While many have criticised Nokia for sticking to ol’Symbian and not really developing anything revolutionary, MeeGo, jointly developed with Intel, has mollified many of those views. Perhaps to prove that they really ARE working towards the future of mobile devices, Nokia has gone ahead and developed something akin to Skinput and Sixth Sense, with a little help from the University of Cambridge.

[RELATED_ARTICLE]Calling it ‘stretchable electronic skin’, Nokia’s latest is supposedly a step towards flexible mobile devices. Using flexible fabric of some sort, future devices based on the concept can in the forseeable future be able to take on whatever shape the company desires, or the user requires. Nokia's prototype seen in the below video is a touchscreen with a numerous pressure sensors, and, can be stretched to nearly 20% of its length without a drop in performance.

Where can we see applications of this type of interface? Well, pretty much everywhere, including the possibility of a phone on your sleeve or collar. With flexible batteries and flexible displays just around the corner, things like the below prototype are going to get quite commonplace soon.