A woman tried to smuggle 102 iPhones strapped to her body

It’s amazing to see what lengths people would stoop to just for the sake of smartphones. iPhones, especially, have been pretty common devices to get smuggled across borders because of the vast variation in the prices of the phones across different markets. One such absurd incident came to light recently in Shenzen, China.

In one such hilarious and idiotic act of crime, a woman was caught with 102 iPhones strapped to her body while trying to enter Shenzhen province in China; “A circle of at least four layers of mobile phones,” as described by China’s XMNN news. The woman has now been deemed the female “Iron Man” by local Chinese press. The woman from Hong Kong was noticed by customs officials with bulges around her body, making them suspicious of criminal activity. Her torso seemed disproportionate to the rest of her body, and the metal detector lit up like a christmas tree when she tried to pass through it. This, of course, instigated officials to pull her up for physical checking. 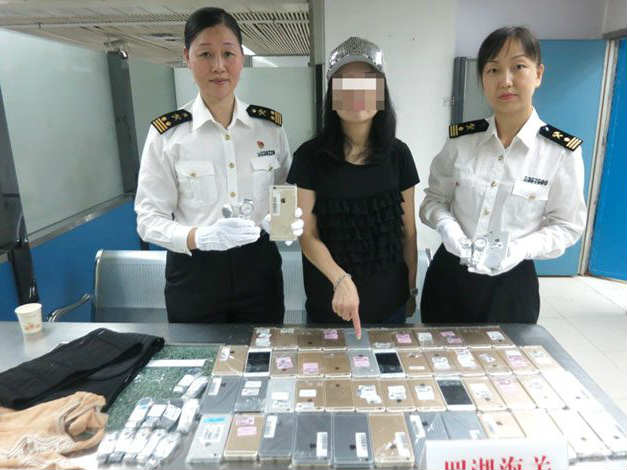 Not only did she have more than a hundred iPhones taped to her waist and chest, she also had about 15 luxury watches hidden under her clothes. According to the customs officer who caught the female iPhone smuggler, women these days are even resorting to hiding phones near the crotch area using secure underpants.

Seems like a great advertising opportunity for Apple. How far will you go for an iPhone...or 100?