There is no OnePlus 11 Pro model coming: Li Jie

Follow Us
HIGHLIGHTS
There is no OnePlus 11 Pro model coming: Li Jie

Li Jie, the president of OnePlus China dropped some big news on Weibo while he was telling people that the OnePlus 11 presale "broke the fastest sales record in history". He shared that there won’t be a OnePlus 11 Pro model to a commenter.

Unlike previous flagship launches, this time,  there won’t be so many options but they will continue their ‘T’ series with the OnePlus 11 for better specifications and a revamped design. So you can expect the OnePlus 11T to roll out in the market by the second half of 2023.

The OnePlus 11 has launched in China and it seems like a hit with the people there. The OnePlus 11 and OnePlus Buds Pro 2 were also quite successful in China. Here are some of the specifications of the OnePlus 11: 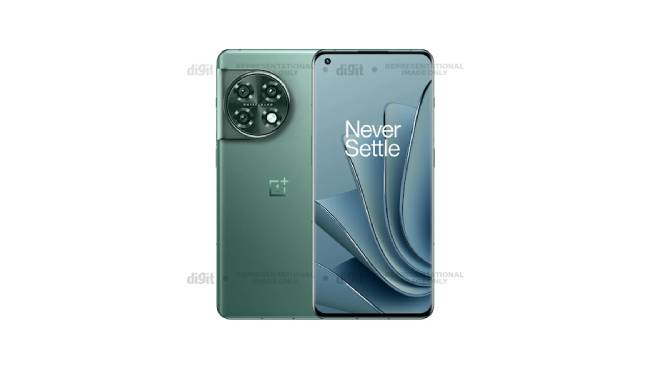 The OnePlus 11 is powered by the Qualcomm SM8550 Snapdragon 8 Gen 2 (4 nm) and it runs on ColorOS 13 in China and will be seen running on Android 13 in India. The flagship by OnePlus packs a battery of 5000mAH and supports 100 watts of fast charging. OnePlus claims that it will charge 1% to 100% in just 25 minutes. The display of the OnePlus 11 features a 6.7-inch LTPO3 AMOLED display with a 120Hz refresh rate. It is also supported by Dolby Vision and emits 1300 nits at peak brightness. The OnePlus 11 has a triple camera setup and it has once more collaborated with Hasselblad and equipped the Hasselblad lens for excellent image quality. The phone has a 50-megapixel primary camera, 32-megapixel telephoto sensor and 48-megapixel ultrawide lens. It has a 16-megapixel selfie shooter.

The OnePlus 11 has already rolled out in the Chinese market and it is most likely to hit the Indian market by next month.