Sony Xperia Z1 mini to be unveiled on October 10?

According to a leaked NTT DoCoMo brochure obtained by RBMen, the Z1 mini will be unveiled on October 10. 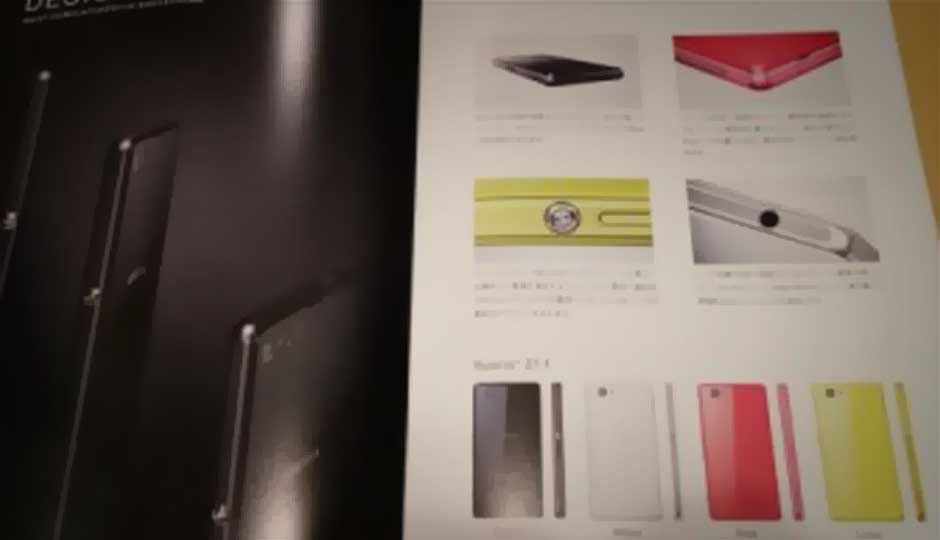 Sony Xperia Z1 mini to be unveiled on October 10?

Sony's rumoured Xperia Z1 mini, a.k.a. Xperia Z1 f, recently made an appearance on the web, courtesy a purported brochure from Japanese carrier NTT Docomo. According to a leaked NTT DoCoMo brochure obtained by RBMen, the Z1 mini will be unveiled on October 10. Moreover, the smartphone will be available in lack, white, pink, and lime green colour options.

Besides the release date, a couple of new photos of the Xperia Z1 mini from the leaked brochure have also emerged on the web. According to the brochure, the smartphone will be powered by a Snapdragon 800 chipset with 2.2 GHz quad-core CPU along with 2GB of RAM. The Xperia Z1 mini will support 32GB of internal storage.

The brochure images also reveal Z1 mini's camera capabilities, with a 20.7MP label spotted to the left of the camera lens. The smartphone is rumoured to feature a 4.3-inch 720p display. It is likely to come with a 2,300 mAh battery. The Xperia Z1 sports a 5-inch full HD display and comes with a 3,000 mAh battery.

Of late we've seen smartphone makers launching smaller versions of their flagships. Samsung already offers a mini version of its flagship S4 smartphone, while HTC earlier this year launched the One Mini.