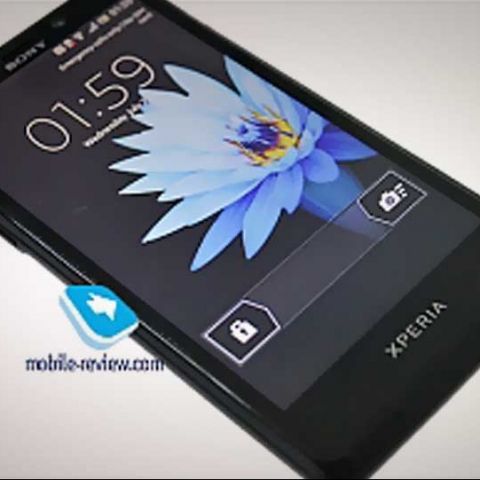 A new device from Sony’s stable has been leaked before its actual unveiling at IFA Berlin 2012.

Also known as the Mint, the new Sony device seems to have spent some time with the good people at Mobile Review, ahead of its launch. The site has not only revealed the specifications of the device, but also quite a few images of its form factor and custom UI running on top of Google Android 4.0 ICS.

In terms of power under the hood, the Sony LT30p “Mint” features a 4.3-inch display with a 720p resolution, 1GB of RAM, 16GB of storage, a 1.5GHz Snapdragon S4 dual-core processor, microSD expandable storage, microSIM slot and NFC. One of the most impressive features of the device is that it features a 720p front-facing camera and a monstrous 13MP 1080p rear-facing camera. The website, Mobile Review, claims the screen which is actually 4.3-inches looks a lot bigger when placed next to a Samsung Galaxy S III.

In Its form factor, the device is expected to be thinner than the Sony Xperia S.

Going the vanilla ICS way, the device has eliminated the need for physical buttons under the display and now functions such as back, home; menu and multitasking can be taken care of from the touchscreen itself. The only physical buttons on the device are the power button, volume rocker and camera shutter button.

No pricing or availability has been revealed, but we can expect the device to be officially unveiled at IFA Berlin 2012.

Recently, we had the opportunity to see Qualcomm’s Snapdragon S4 processor in action. You can take a look at more details here.

If the device is aimed at the high-end market, it will compete with the likes of the HTC One X and the Samsung Galaxy S III, Both of which have been available in the market for quite some time now. Better late than never, we hope the “Mint” has some tricks up its sleeves to take on the competition.