Sony has started sending out media invites for an event scheduled for Feb 26, the first day of the Mobile World Congress 2018. The company is expected to launch the Xperia XZ Pro with Snapdragon 845 and a 4K OLED display at the event. 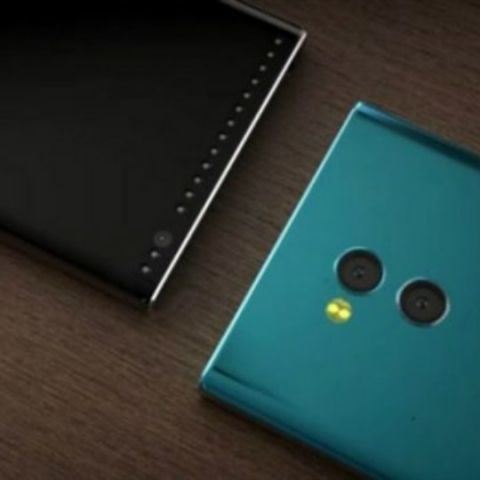 Sony has started sending out invites for a press conference scheduled in Barcelona on the first day of the upcoming Mobile World Congress 2018. The Japanese tech giant’s MWC invite simply states “#SonyMWC” and mentions February 26 as the date. Sony will be holding the event within the MWC venue and will also have a dedicated booth on the showfloor.

It is expected that Sony will unveil its Xperia XZ Pro smartphone at the MWC event. If true, the Xperia XZ Pro will join the  Xperia XA 2 Ultra, Xperia XA2 and Xperia L2 to add to Sony’s 2018 smartphone lineup.

A recent report by MyDrivers suggests that the Sony Xperia XZ Pro will feature a 5.7-inch 4K OLED display. The smartphone is expected to be powered by Qualcomm’s latest Snapdragon 845 platform which has been built on the second generation 10nm process and allows 25-30% improvement in speed, 30% more power-efficiency and three times faster AI processing. Needless to say, one can expect the Xperia XZ Pro to boast of some AI features. The device is also expected to run Android Oreo out of the box.

In addition, the Xperia XZ Pro is expected to house 6GB RAM paired with 128GB storage. It may offer a dual-rear camera setup including an 18MP sensor with 1.33μm pixel size and another 12MP sensor with 1.38μm pixel size. At the front, the Xperia XZ Pro is rumoured to feature a 13MP camera. The phone is also tipped to be IP68 dust and water resistant and the entire package is expected to be powered by a 3420mAh battery.

Sony recently unveiled the Xperia XA 2 Ultra, Xperia XA2 and Xperia L2 at CES 2018. You can read about the phones here.