Sony is beginning its rollout of the global variant of the Z4. 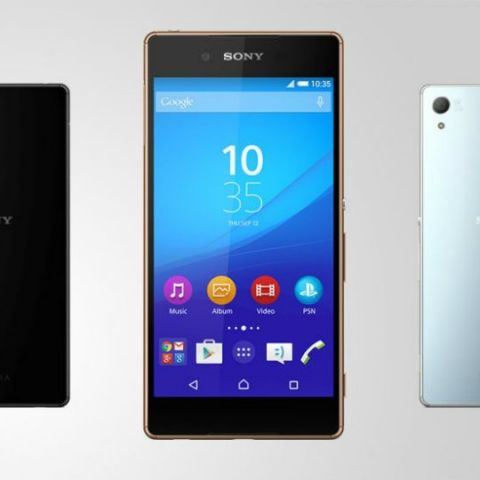 Sony has launched the Z3+ in India, and while it is under the moniker of a 2014 phone, it is actually identical to the Z4, which is launching exclusively in Japan. The Z3+ is the global variant of the Z4.

The Z3+ has a 5.2 Inch Full-HD Triluminous display, an octa-core Snapdragon 810 processor paired with 3GB RAM. As always, Sony has fitted it with a capable 20.7 MP camera with an Exmor R 1/2.3 inch sensor and a Bionz image processor. The front camera has a 5MP BSI (Back-side Illuminated) sensor with a wide-angle lens.

The Z3+ has 32GB inbuilt storage that is expandable to 128GB via a microSD Card. The Z3+, like Sony’s previous flagships, is waterproof and dustproof with an IP65/68 certification. Sony also claims that the Z3+ has support for ‘high-resolution audio’. The smartphone also supports the full-gamut of connectivity options, including NFC, Bluetooth 4.1, Wifi ac, LTE, DLNA, GPS and GLONASS. It has a 2930mAh battery that supports quick charging (Full-charge in 45 minutes).