Sony Xperia M5 Dual has been launched in India, and features a 21.5MP primary camera as well as a 13MP front shooter. 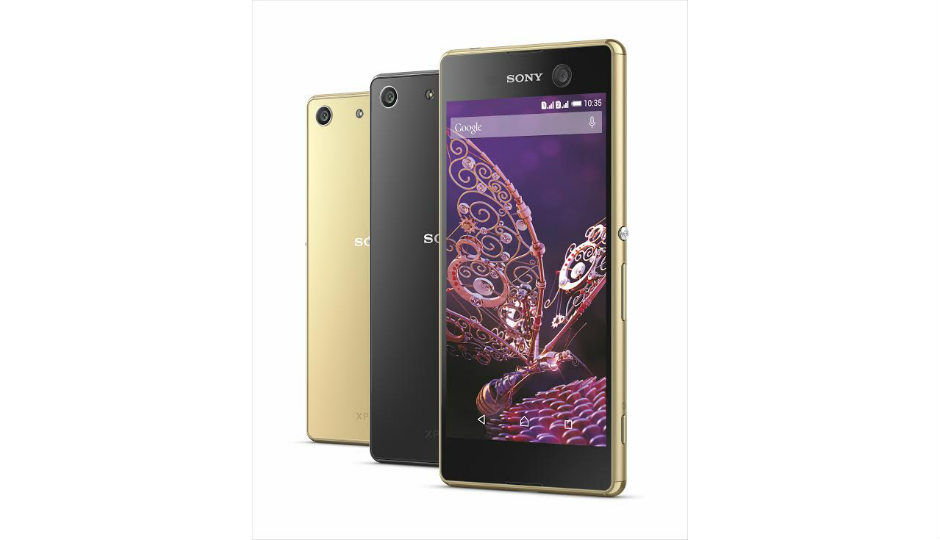 After teasing the phone on Twitter yesterday, Sony has officially launched the Xperia M5 Dual in India today. It will be available for purchase today onwards, in Black and Gold colour variants. The phone has been priced at Rs. 37,990.

Successor to the Xperia M4 Aqua, the Xperia M5 is being positioned as a smartphone with superior imaging capabilities and a premium build. It packs a 21.5-megapixel rear camera sensor featuring what Sony is calling “Hybrid Autofocus”. It employs both Phase Detection AF and Contrast Detection AF which reduces autofocus time to about 0.25 seconds. It can shoot videos in 4K resolution, and offers 5x “Clear Image Zoom’, which preserves the image quality. The phone also has a 13-megapixel front facing camera with autofocus and Full HD video recording capabilities. The Xperia M5 has a 5-inch 1080x1920 pixels FHD IPS display that uses the BRAVIA Engine 2 to provide enhanced sharpness and contrast.

Under the hood, the Xperia M5 is powered by a MediaTek Helio X10 64-bit octa-core processor clocked at 2GHz, with 3GB RAM. It has 16GB of internal storage which can be further expanded up to 200GB via microSD cards. The device comes with 4G LTE connectivity and a 2600mAh battery. Similar to the company’s flagship smartphones, the Xperia M5 is waterproof and dustproof. It features a capless USB port for easy access. The phone has glass finish on both the sides, along with stainless steel corners for additional protection. It runs on Android v5.0 Lollipop.

Only the dual-SIM variant of the Xperia M5 is being launched in India. It will be available across all leading retail outlets in India. Sony announced the device alongside the Xperia C5 Ultra last month, for select markets. The Xperia C5 Ultra was launched in August at Rs. 29,990. It is a selfie-focused smartphone which has 13-megapixel cameras both at the back and the front. It has a 6-inch FHD display and is powered by a 1.7GHz MediaTek MTK6752 SoC, with 2GB of RAM and 16GB of onboard storage.