Sony India has officially announced the launch of its Xperia miro, Xperia SL and Xperia J smartphones in India. 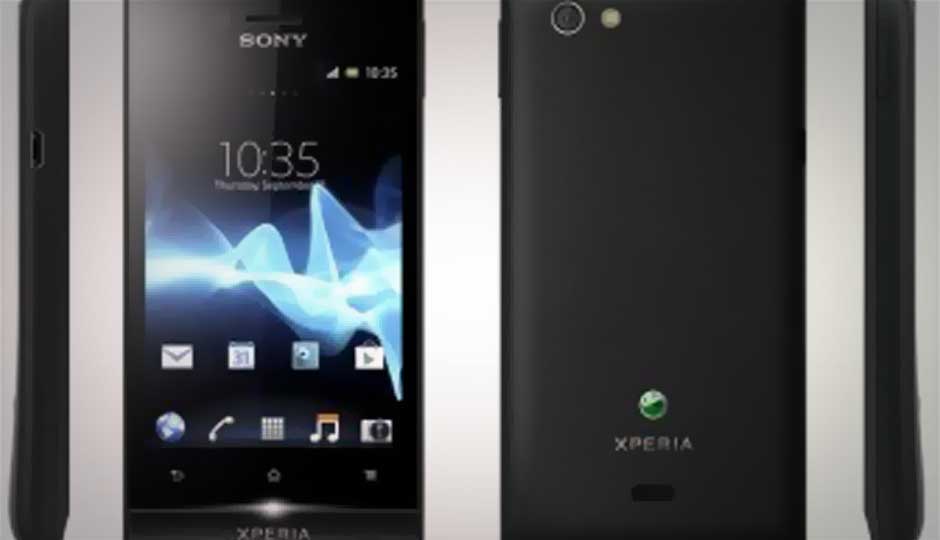 Sony India has officially announced the launch of its Xperia miro, Xperia SL and Xperia J smartphones in India.

The Xperia miro also features a 3.5-inch LED-backlit LCD display with a 320x480 pixels resolution, 5MP autofocus camera with LED flash, VGA front-facing camera, 4GB of built-in storage (2.2GB user accessible), microSD storage expandability up to 32GB, along with a 1,500 mAh battery rated to deliver up to 470 hours of standby time, 5 hours of talktime, and 36.5 hours of continuous music playback.

The Xperia SL is considered to be one of Sony's high-end smartphone as it features a 4.3-inch display with a resolution of 1280 X 720 pixels.

The device runs on Android 4.0.4 Ice Cream Sandwich OS (upgradable to Jelly Bean) and is powered by a dual-core 1.7 GHz processor. It has 1GB of RAM. Other features include 32GB built-in storage, no microSD card slot, a 12MP camera with an LED flash with the ability to shoot video in 1080p whereas the front has a 1.3MP video calling camera @720p. It also supports NFC and Bluetooth.

The Sony Xperia J was unveiled at the IFA 2012 event held earlier this year. The Xperia J is a budget smartphone and boasts of a 4-inch display and has a 5MP camera.

Being at the lower end of the spectrum, the device has a 1GHz CPU and fairly basic specifications. The device will run on Android 4.0 ICS straight out of the box. Other specifications include 512MB RAM, 4GB intermal storage, expandable up to 32 GB via a microSD card, 4-inch display with scratch-resistant Gorilla glass, 5MP AF rear camera, DLNA, and 1750 mAh Li-ion battery (5.5 hours talk time, 607 hours standby time).