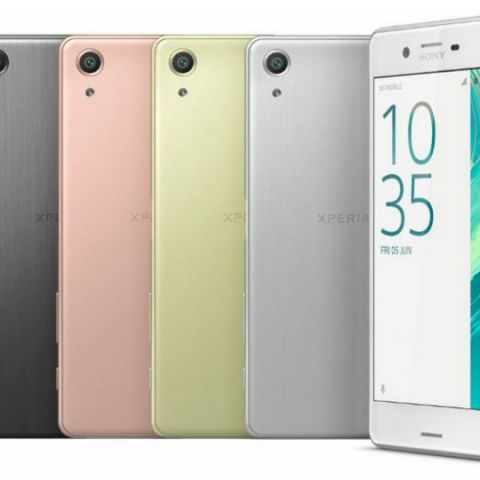 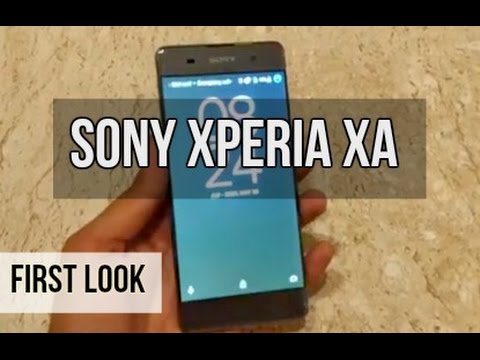 Sony has announced two new smartphones at MWC 2016, introducing a lineup under its X series. The series includes Xperia X, XA and X Performance, a slightly higher performance edition over the Xperia X (like the Xperia Z5 and Z5 Premium). We are yet to receive the elaborate specifications of the device or any extensive details, but as of now, the Xperia X lineup of devices seem to be aimed at a slightly higher segment than mid-range devices. The devices carry Sony's signature OmniBalance design statement, and house curved glass on the top to add to the design statement.

The Sony Xperia X and XA are powered by the Qualcomm Snapdragon 650 chipset, reaffirming their mid-market positioning. The Sony Xperia XA(₹ 7999 at amazon) that we got our hands on runs on MediaTek MT6755 chipset, and houses 2GB of RAM and 16GB of internal storage, and has a 5-inch 720p HD display on the front panel, with very narrow bezels on the sides. Sony, in signature style, aims to hype up the devices in terms of design by bringing glass and metal to the construction of the devices. While the Sony Xperia X looks more like the Xperia Z5 with a flat, rounded-edge fingerprint reader on the side, the Xperia XA is more reminiscent of the Xperia Z3, with rounded edges and a circular lock button. The Sony Xperia X Performance will carry the same design statement as the Xperia X, but will be a more powerful device, and runs on the Qualcomm Snapdragon 820 chipset. 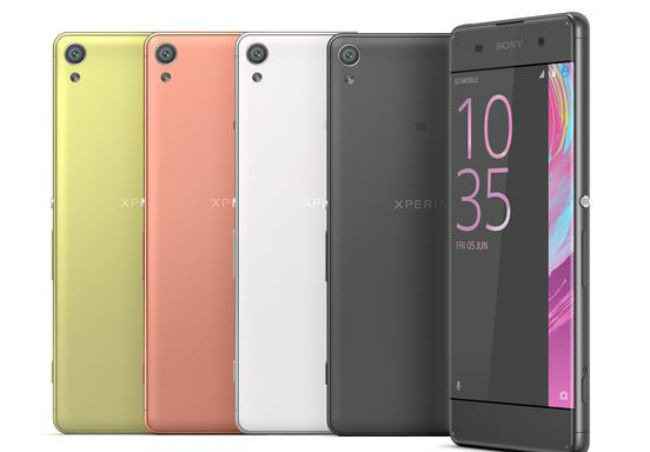 The most important aspect of the Xperia X lineup flaunted by Sony is the improved camera performance, which is aided by predictive hybrid autofocus technology. The technology was developed by Sony's camera engineers for the Sony Alpha lineup, and from the demonstration video, the focusing sharpness and precision looks stunningly fast and accurate. We are yet to know the exact mechanism on which it works, but it seems like the sensor uses 3D tracking to gauge the subject and measures movement via vectors. The make of the camera sensor is yet to be known, although Sony is likely to be using the same Exmor RS Mobile image sensor used in 2015's Xperia Z5 lineup.

Alongside, Sony has launched a bunch of smart accessories including Xperia Ear, Xperia Eye, Xperia Projector and Xperia Agent. The Xperia Ear is a pair of wireless, smart earbuds that remain connected to relay information and media from your smartphone, reducing the on-screen time. The Sony Xperia Eye, Projector and Agent were concept models that are being exhibited at MWC 2016. Sony's Xperia Eye is built to be a smart clip-on camera with sensors to gauge faces and expressions, while the short-throw Xperia projector seems to have an incredibly short range of projection, along with sensors to gauge movement.

We await our correspondent, Sameer Mitha, to take a peek at Sony's booth at MWC 2016, and get us more details on these products. 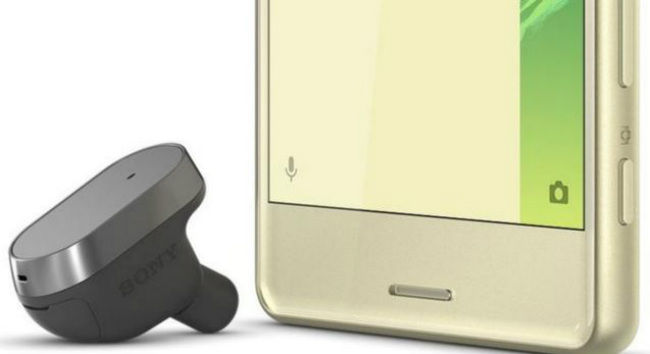 Xperia Ear: AI in your ear

For our first look at the Sony Xperia XA, check out the video below: