Snapdeal says it has received fresh stocks of the Micromax Canvas HD, with a promise to users will start receiving shipments by the end of the month. 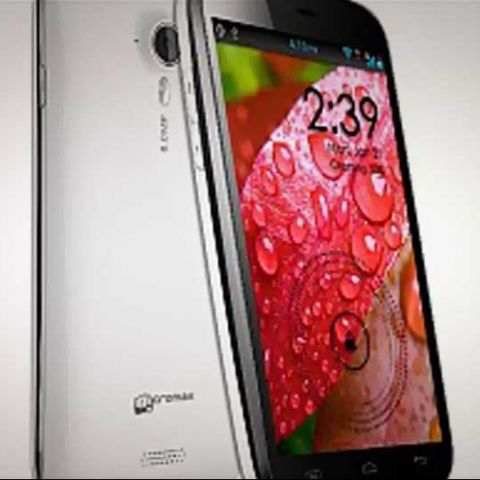 The unavailability saga of the Micromax A116 Canvas HD can finally be put to rest (kind of). Snapdeal, the online shopping portal that is exclusively selling the smartphone has said that it has received fresh stock of the device, and that users can expect to get it by the end of the month. However, there is still no indication exactly when the Canvas HD will be listed again on Snapdeal.

Snapdeal told the Daily Bhaskar that they received more units of Canvas HD on March 15, and shipment of the same has started. Customers who booked the Canvas HD between February 16 and 18 have been notified via email about the shipment of their booked Canvas HD smartphone. There is no information available on the number of Canvas HD units received by Snapdeal. If you have ordered a Canvas HD, you can track your orders shipment here. On day one of the launch, Micromax claims to have shipped 9,000 units.

On March 18, Snapdeal along with Micromax posted an apology on Facebook. The Facebook statement from Snapdeal reads:

“We know that some of you have been facing issue with regard to the Order placed for Micromax Canvas HD. We understand your concern and it is unfortunate that Micromax had to delay the orders due to procedural issues. Our team has vehemently dispatched the first lot of the orders despite the demand for it being at its peak. We along with Micromax have communicated by an e-mail (publish with this post) to each and every customer about the reason for the delay and the next course of action… We would urge you to understand that we are doing everything to serve you the best. We are here to answer every query of yours in the meantime… Hoping for your cooperation!”

If problems with the shipment of the smartphones weren’t enough, the Facebook post went on to highlight the increase in price of the Canvas HD due to the finance bill. The bill made changes to the custom duty of mobile phones with an MSRP greater than Rs. 2,000, and has other implications. Due to the bill, the price of the A116 has been revised to Rs. 14,499.

Alternatives and Comparisons to the Canvas HD

The Canvas HD is one smartphone that boasts of some pretty impressive specifications under the hood. It runs on Android 4.1.2 Jelly Bean and has a 5-inch display with a 1280x720 pixel resolution. It has 4GB built-in storage expandable via a microSD card. A 1.2GHz quad-core processor powers the smartphone along with 1GB of RAM. The rear of the device houses an 8MP camera and the front has a camera for video calling. It also boasts of dual-SIM capabilities and houses a 2000mAh battery.

If you are one who is tired of waiting for the Canvas HD or has asked for a refund, can take a look at five alternate budget smartphones to the Micromax A116 Canvas HD.

You can also take a look at our comparison between the Canvas HD, the Samsung Galaxy Grand and the recently launched Xolo X1000.

The best feature of the Canvas HD is that it runs on the quad-core 1.2GHz MediaTek MT6589 processor. Seeing the success of this hardware, we have also seen other smartphones running the same. To start with, we have a Chinese smartphone, the Jiayu G4. The Jiayu G4 Basic boasts of dual-SIM capabilities along with dual standby capabilities, 2G GSM 850/900/1800/1900MHz and 3G WCDMA 2100MHz. It runs on Android 4.1 Jelly Bean straight out of the box. Under the hood, a 1.2GHz Mediatek MTK6589 Cortex A7 quad-core processor, along with PowerVR SGX 544 GPU and 1GB of RAM, powers the device.

The Jiayu G4 has a 4.7-inch IPS display with a 1280x720 pixel resolution giving it a pixel density of 312ppi. The quad-core Jaiyu smartphone features a 13MP rear camera with flash, and a 0.3MP front camera for video chatting. It also has 4GB of built-in storage, an 1800mAh battery, and weighs in at 121 grams.

If a Chinese brand isn’t something that you trust, we have also seen the WickedLeak Wammy Passion launch for Rs. 16,999. It too is powered by the quad-core 1.2GHz MediaTek MT6589 processor. It has a 5-inch IPS display with a 1280x720 pixel resolution. In terms of other specifications, the WickedLeak Wammy Passion has the Power VR SGX544 GPU, 4GB of ROM with expandable storage up to 32GB via a microSD card slot. It also supports GPS, Bluetooth, Wi-Fi and an FM radio. The rear of the smartphone houses an 8MP camera and the front has a 5MP camera. It also supports dual-SIM functionality. The Passion also sports a 2100mAh battery.

Another smartphone that has taken on the MediaTek MT6589 processor is the Xolo Q800. Its display is smaller than the other smartphones mentioned above at 4.5-inches with a resolution of 960x540 pixels. It runs on Android 4.1 Jelly Bean just like the others. Other specifications of the Xolo Q800 include 4 GB of built-in storage expandable via microSD card (up to 32GB); an 8MP rear BSI camera with 720p HD video recording, burst mode, and a dedicated camera key; a 1.2MP front-facing camera; a YAMAHA 168 PA music system; dual-SIM (GSM GSM) capabilities; and a 2100 mAh battery that’s rated to deliver up to 360 hours of standby time, 16 hours of talk time (2G), 22 hours of continuous music playback, and 4.5 hours of continuous video playback.

Since the Q800 is one smartphone that has caught our eye, we compared it to the Canvas HD. You can check out our comparison here.

With the shipment of the Canvas HD resuming, it looks like all the other smartphone manufacturers offering similar specifications will have to do a lot to up their game in the eyes of the consumers.