Smartphone sales in 2019 will be driven by 5G, 6-inch displays, and India: IDC Report 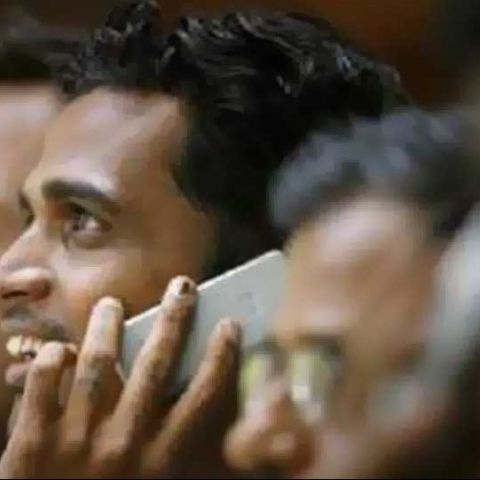 The smartphone market around the globe took a 0.3% beating in sales last year. It is expected to reoccur this year with a 0.2% drop before rising again in 2019. According to American market research company International Data Corporation (IDC), 2017 and 2018 saw sales of 1.462 billion units and 1.465 billion units respectively.

With 2019 though, and the years leading up to 2022, the number is expected to climb to 1.654 billion units. IDC has identified three key elements that will bring about this rise in smartphone sales in 2019:

5G: The technology that could speed things up
IDC predicts that consumers will start seeing 5G on their smartphones sometime in the second half of 2019, with a steady rise in regional availability all the way till 2020. IDC also predicts that roughly 7 percent of all smartphones will be 5G-enabled by 2020. 5G, as a technology standard, should offer faster internet speeds and more reliable connections. We expect to see an average download speed of 1Gbps.

6-inch displays: The spec that could become the norm
IDC reckons that by 2022, 98% of Android phones will feature screens with a size larger than 6 inches. Though some of these will be premium flagship models, the average selling price of Android phones with a 6-inch screen or larger is estimated to be $414 (Rs 27,781 approx). It’s the same case with iPhones as well. The overall sales of iPhones is expected to grow by 2.6% this year, and Apple too is expected to move towards a screen size equal to or larger than 6 inches for the iPhone.

India: The country that will see more internet
IDC expects the sale of smartphones in China to drop by 7.1 percent this year before stabilising in 2019. In India, however, IDC expects the sale of smartphones to grow by 14 percent this year and by 16 percent in 2019. It also predicts the growth and proliferation of Chinese smartphone OEMs in India with focus still retained on low-end devices. Ryan Reith, Program Vice President for IDC’s Worldwide Quarterly Mobile Device Trackers, is quoted in the report saying, “Even though it declined 5% in 2017, China remains the focal point for many given that it consumes roughly 30% of the world's smartphones. But plenty of pockets of growth can be found beyond China. India is now grabbing headlines and the market itself is going through some rapid transformation. Local India manufacturing continues to ramp up, despite still having a heavy dependence on China for components. The boom in India is likely to continue in the years to come, but the move toward building up local production has certainly caught the eye of many in the industry.”

With major Chinese players like OnePlus, Xiaomi, and Lenovo all releasing new phones at regular intervals, it’s not hard to believe that we’ll see more and more China-based models in India in the years to come.