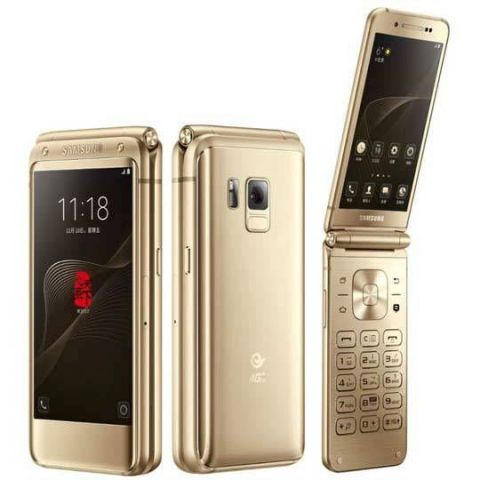 The phone is expected to have a similar camera setup as seen on the Galaxy S9+.

Last year in December, Samsung launched its Samsung W2018 flip phone in China with the widest aperture (f/1.5) on a smartphone. The phone had one camera with a 12MP sensor with a large 1.4μm pixel. Now a report has claimed there will be another clamshell Android phone from the South Korean giant and it will have a dual-camera setup similar to what has been seen on the Galaxy S9+, and one that could appear on the Galaxy Note 9. The camera unit in the Galaxy S9+ has two lenses: a 12MP wide-angle lens and a 12MP telephoto lens.

The reports cites a tweet by a Chinese Twitter user @MMDDJ_ who said, “W2019, Project Lykan, will use dual camera.” The tweet implies two things: First, that Samsung is planning to launch its next flip smartphone that could be named “W2019”, and second, that the phone, which is being codenamed “Project Lykan, will have two cameras at the back. The W2019 is presumed to be the name of the phone in the question because Samsung's previous flip phones were called the W2018 and W2017.

Just like the Samsung W2018 was launched in China two months ahead of the unveiling of the ninth edition of Galaxy S series lineup, it is speculated that the W2019 will also be launched sometime in December ahead of the next S series flagships, the Galaxy S10 and S10+. The Samsung W2018 was launched in China for CNY 15,999 which roughly converts to Rs 1.56 lakh in Indian currency. The smartphone never crossed borders to officially land in the country.

The Android Nougat 7.1.1-powered phone has two 4.2-inch Full HD AMOLED displays. It houses the Qualcomm Snapdragon 835 SoC coupled with 6GB RAM. The company launched the device with 64GB and 256GB storage options. It also has Samsung’s Artificial Intelligent (AI)-powered assistant Bixby with Chinese language support. As we have already mentioned, the smartphone has one camera on the back with a 12MP sensor that can record 4K video at 30 fps, and on the front, it has a 5MP shooter.