Samsung’s smartphone with foldable display, codenamed Project V, will feature either Snapdragon 620 or 820 along with 3GB of RAM. 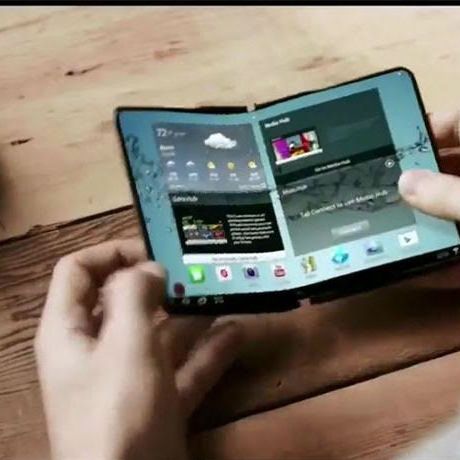 If rumours are to be believed, Samsung is apparently planning to unveil a new smartphone with foldable display. Codenamed Project Valley, the device will become the world’s first foldable smartphone. It may be launched early next year. The company had earlier dropped several hints that it is working on foldable devices which could hit the market in 2016.

Samsung rumour blog, SamMobile have cited a leakster claiming detailed knowledge about Project Valley, that is currently being tested. Samsung is reportedly testing two separate configurations for the phone. While one model is being tested with a Snapdragon 620, the other has a Snapdragon 820. It is unclear if there will be two separate versions of the phone. The device will also have 3GB of RAM, a microSD card slot, and a non-removable battery. In addition to Project V, Samsung is likely to incorporate the Snapdragon 820 in the Galaxy S7, alongside a separate Exynos 8890 SoC-based model. The Galaxy S7 is tipped for a February 2016 debut.

Flexible OLED-based displays have been around for quite some time now. Samsung executives  had demonstrated a flexible ‘Youm’ display at CES 2013. The foldable smartphone concept had been teased through a video as far back in 2013. The company said that it had used thin plastic instead of glass to create the display. Nokia and Sony have also dabbled in flexible display technology previously. In terms of design, Sony had tried to make foldable touchscreen devices with the Tablet P. But, it had two separate screens instead of a single flexible one.

The Project V smartphone is expected to be launched in January 2016. If the rumours turn out to be true, we will get a phone that is actually meant to be folded, unlike the iPhone 6 Plus. It now remains to be seen whether Samsung actually launches the product commercially. As smartphones and tablets are getting bigger in size, foldable displays might provide a solution in keeping these devices portable. And, even if it doesn’t work out for Samsung, Apple is always there to “innovate” upon the idea.