Samsung to unveil Galaxy S III on May 3

The “Next Galaxy” or the much awaited Samsung Galaxy S III, will be officially unveiled on May 3 at an event in London, for which invitations (seen below) are being circulated. 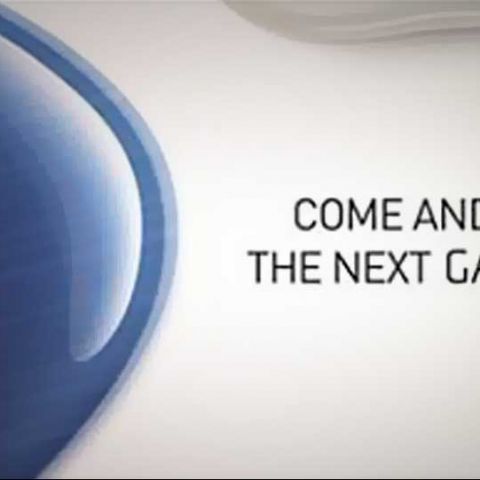 The “Next Galaxy” or the much awaited Samsung Galaxy S III, will be officially unveiled on May 3 at an event in London, for which invitations (seen below) are being circulated.

We’ve been hearing about the Galaxy S III from October last year, and were expecting it at CES 2012, and then MWC 2012. Numerous speculated specifications have been doing the rounds ever since the first rumours, with anticipations building proportionately with the lack of official information. Unfortunately, Samsung has not put any of the rumours to rest, and we’ll have to wait till the May 3 launch for more details.

The Samsung Galaxy S II did very well in most markets, with users impressed by the phone’s raw performance, and brilliant AMOLED display (read our review of the Galaxy S II). The Galaxy S III, as the new flagship of the biggest mobile manufacturer in the world, has a lot of expectations riding on it, and accordingly, the rumoured specifications are suitably spectacular as well.

A quad-core processor is more than a definite possibility, with almost all the latest generation of devices from other major manufacturers toting four processing cores. The Galaxy S III is rumoured to sport a quad-core Exynos 4412 chipset of unknown clock speed, along with something (supposedly 5 times) better than the Mali 400 GPU seen on the S II. Just how well it will perform against the 1.5GHz quad-core Nvidia Tegra 3 chipset, with its 5-Plus-1 architecture, remains to be seen.

The Galaxy S III is expected to bear a 4.7-inch or 4.6-inch Super AMOLED Plus HD display, with a resolution of 1280x720 pixels. While 2GB of RAM has been rumoured in the past, it seems unlikely Samsung would see the need for anything beyond 1GB. The device will once again push the bounds of slimness, with a 7 mm thickness one of the more recent rumours.

A 12MP camera is expected on Samsung’s new flagship Android device, with a W750 BSI CMOS sensor, autofocus, and LED flash, capable of 1080p HD video recording. A 1.3MP front-facing camera will probably also make its way onto the device. As with the Galaxy S II, the device is expected to ship in 16GB and 32GB variants, and this time, a 64GB variant might also be available.

Stay tuned for updates before the event – more specs are likely to leak before launch, as is becoming common these days.