After rumours of the Galaxy S IV and Note III, the Internet is abuzz with reports and rumours of a Samsung phablet with a large 5.8-inch display that will be showcased at the MWC. 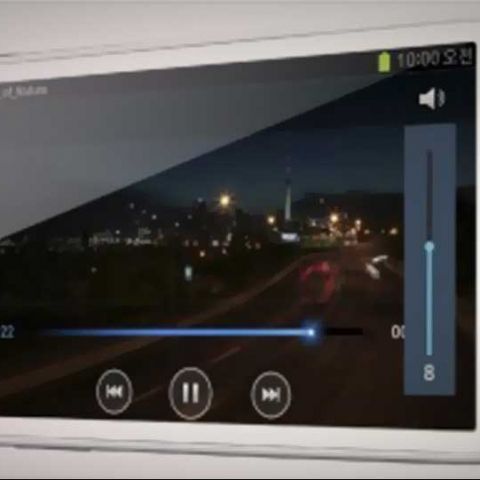 Looks like Samsung is gearing up for some major announcements at the Mobile World Congress (MWC) 2013 event next month. After rumours of the Galaxy S IV and Note III, the Internet is abuzz with the reports and rumours of a Samsung phablet with a large 5.8-inch display that will be showcased at the event.

According to Sammobile, the rumoured device, dubbed as the Galaxy Fonblet 5.8 (GT-I9152), has the same 5.8-inch AMOLED display with a resolution of 960 x 540 pixels as seen on the Galaxy Player 5.8, a media player only available in Korea.

The Fonblet 5.8 is expected to run on Android 4.1.2/4.2.1 Jelly Bean OS, and has dual-SIM support. Other specifications of the device are not out yet.

We've seen quite a few devices coming up with large displays. HTC is rumoured to launch M7 with 5-inch display and an improved version of Sense UI. Read more about the M7 here. At CES 2013, Huawei showed off the 6.1-inch Ascend Mate whereas Lenovo announced K900 with 5.5-inch IPS display and Intel Atom processor.

Back in India, Karbonn has launched its A30 with a 5.9-inch display. Read more about the Karbonn phablet here.

Samsung is expected to launch quite a few devices at the forthcoming event. According to reports on the web, the Korean company is set to unveil the next flagship smartphone, the Galaxy S IV, which is expected to feature wireless charging, 4.99-inch display, 13MP camera, Jelly Bean and quad-core Exonys 5440 CPU and S Pen. Find out more about the S IV here.

Samsung is also expected to launch a Note 8 with 8-inch Super Clear LCD display with a resolution of 1280x800 pixel, 3MP front facing camera for video calls. Other expected devices from Samsung at the MWC are the Note III and Galaxy Pocket Plus.