On its official Twitter account, Samsung has teased an image of the upcoming Galaxy S IV smartphone. All users can see is the Samsung logo on a smartphone. The smartphone isn't completely visible. 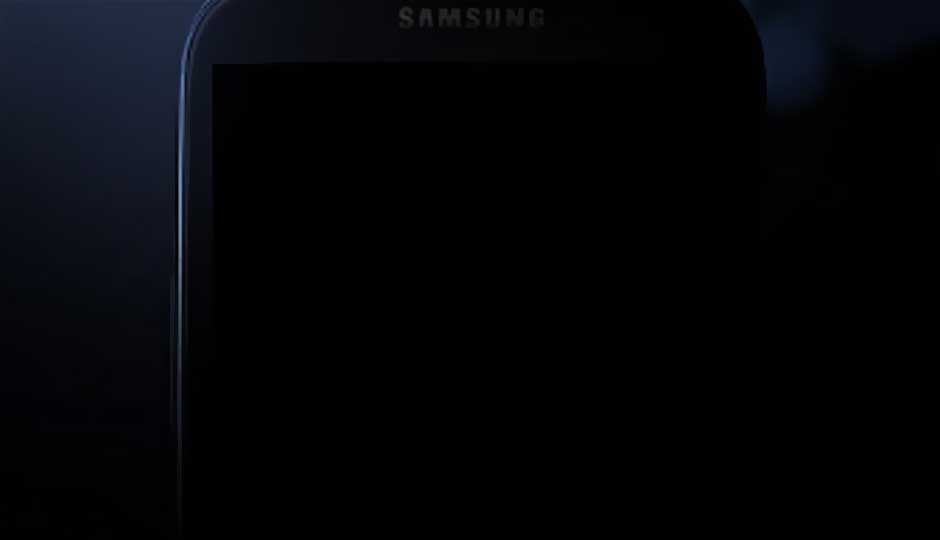 With just two days to go for the big reveal from Samsung, the South Korean electronics giant has teased us with an image tweet about the upcoming Galaxy S IV. The tweet comes from the official Samsung Mobile US account which reads, “The countdown for #TheNextBigThing has begun. Who’s ready for the Global Unpacked Event on March 14?”

In the past few months, we have seen many rumours about Samsung’s next generation Android flagship. Recently we have seen the AnTuTu benchmark reveal the specifications (with a pinch of salt) of the Galaxy S IV. The Galaxy S IV ostensibly runs on an Exynos 5 Octa 5410 chipset with a 1.8GHz CPU. The smartphone also boasts of 2GB of RAM and a PowerVR SGX 544MP GPU. It will run on Android 4.2 Jelly Bean, and feature a 4.99-inch S-AMOLED display with a 1920x1080 pixel resolution.

The benchmark also reveals that the Galaxy S IV has a 2MP front facing camera but the rear of the device has a 13MP camera. It also shows that the smartphone will come in 16/32GB storage variants. It will also support Wi-Fi and Bluetooth 4.0.

The countdown for #TheNextBigThing has begun. Who’s ready for the Global Unpacked Event on March 14? twitter.com/SamsungMobileU…

We have also heard rumours that the S Pen, a feature associated with the Note series of devices from Samsung will also make its debut on the Galaxy S IV.

Other expected features such as Smart Scroll (where the front camera tracks your eyes to scroll on the screen) and wireless charging for the S IV have been leaked online as well.

Despite the rumour mills churning out a plethora of information, we can’t wait to get a glimpse of the S IV and Samsung knows this. They have released a teaser video that shows everything but the phone. Samsung has also released the sequel to the teaser. You can enjoy the teaser without the reveal of the device below.

All the rumours of the Samsung Galaxy S IV will be put to rest, as the device will be unveiled on March 14. If information on the Internet is to be believed, then the smartphone will go on sale as early as April.