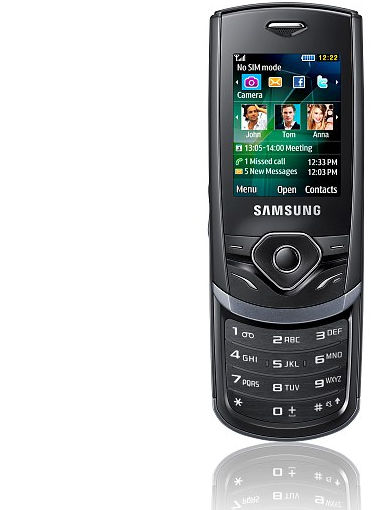 Samsung Shark  S3550 is a compact slider phone to start with. It has a 2-inch QVGA screen and quad band GSM/GPRS/EDGE. It also has a decent 2-megapixel camera. Other highlights of this low budget phone are – MicroSD expansion, USB 2.0 support and Bluetooth 2.1. 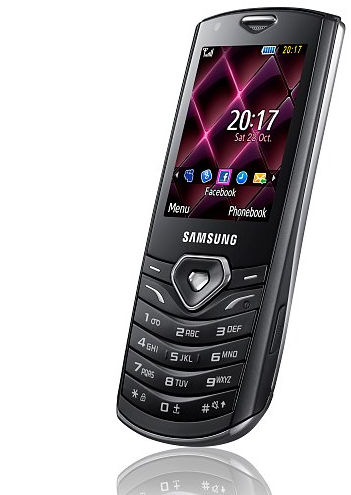 The Samsung Shark S5350 is a bar phone. It has a 2.2-inch QVGA screen with a color support of up to 262K colors. It is 3G enabled with 3.6MBPS HSDPA. It also supports quad band GSM and sports a 3.2 MP camera. Its defining feature is that it is has thin 11.9 mm figure. It also scores in the connectivity department with Bluetooth and USB support and also features expansion through a MicroSD slot.
The Samsung Shark S5550 is , arguably, the alpha of the Shark pack. It comes with a 2.2-inch AMOLED screen and sports an impressive 5 mega pixel auto-focus camera. It supports dual band 3G with 3.6 MBPS and, along with that, also has support for quad-band GSM for worldwide roaming. It also has the same spec sheet in connectivity with Bluetooth 2.1, USB 2.0 and an expandable memory through a MicroSD card. It also has 110 MB worth of inbuilt memory. 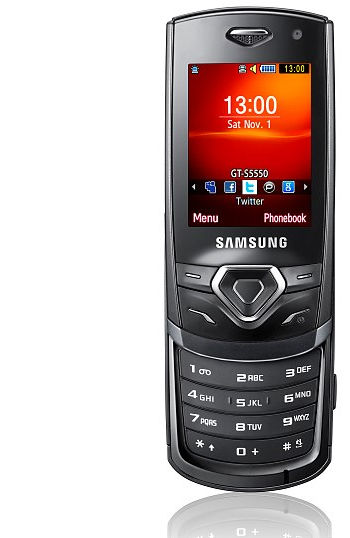 Samsung is yet to release any information regarding the availability of these handsets anywhere across the world. There is also no word on the pricing of these phones yet. Going by their words, they will soon be available in the market and not be too harsh on your pockets.