Samsung Rex versus Nokia Asha series: Why Nokia has a clear edge 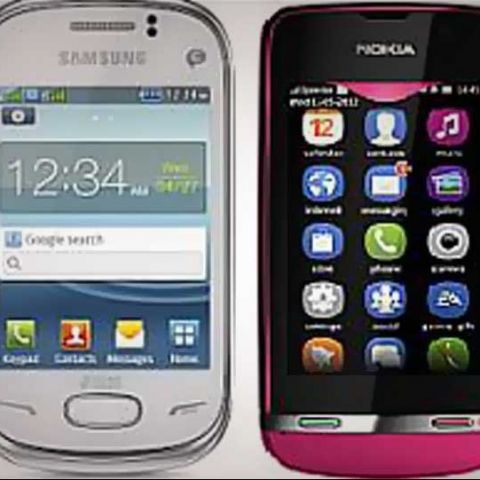 After having dominated the smartphones market with the Galaxy-series devices, Samsung now looks to capitalise the feature phones segment with its new Rex-series 'smart feature phones'.

The first Rex smartphones – Rex 60, Rex 70, Rex 80 and Rex 90 – were unveiled in India yesterday. With pricing of the Rex devices starting from Rs. 4,280 to Rs. 6,490, Samsung evidently takes on Nokia's Asha line up and other local makers of low-cost phones such as Micromax and Karbonn in the country.

That being said, apart from that budget price tag, Samsung's new Rex-series doesn't seem to threaten Nokia's Asha line up much, mainly because of its limited OS capabilities as compared to the Nokia's popular S40 OS. Despite Samsung has preloaded some basic social media and instant messaging apps on the Rex, Nokia's S40 offers a wider range of applications such as Opera Mini browser, eZReader for Nokia Asha, YouTube downloader and more. And there are 40 EA games preloaded on the Asha phones as well. You can check out all S40 apps here.

And that's not all, Nokia's Asha series edges in front of Samsung's Rex in terms of budget as well as hardware versatility. Nokia has managed well to provide a large variety in its Asha line-up, offering dual-SIM and single-SIM variants, full touch phones (capacitive and resistive), touch and type as well as 3G-enabled ones. Samsung, on the other hand, offers only dual-SIM and EDGE Rex phones.

Now let's compare the specifications of the Samsung Rex 70 and Nokia Asha 311:

First up, is the newly launched Samsung Rex 70. The device has 3.5-inch capacitive touch display with 320x480 pixels resolution. It supports dual-SIM. The Rex 70 has Touchwiz UI, 2MP camera and 1,000 mAh battery, which is rated to deliver up to 13 hours of talktime.

The Nokia Asha 311 has a 3-inch capacitive touch display with WQVGA resolution of 240 x 400 pixels. It also has dual-SIM capabilities. The device is powered by a 1GHz processor. It has 3.2 MP Primary Camera and 1110 mAh battery.

For connectivity, the Asha 311 supports 3G, Wi-Fi 802.11 b/g/n, Bluetooth v2.1 and USB. It houses 256MB internal storage, expandable up to 32GB via a microSD card. The device comes preloaded with Nokia Maps.

The device comes with swipe user interface, a browser that boasts of cloud acceleration and 40 free EA games including the likes of Tetris, Bejeweled, Need for Speed: The Run, Fifa 12 and more. The Nokia Asha 311 is available online for Rs. 5,999.

The above comparison aims to highlight how diverse Nokia is with its devices in each possible price category. Being an already established brand in the country, Samsung has definitely the potential to sneak into Nokia's Asha market. But for that, the company has to come up with more and versatile devices, and with a ecosystem comparable to S40, which could target a large demographic including urban and rural customers – where Nokia has done well.

What do you think of Samsung's new Rex-series of smart feature phones? Do you think it will manage to eat its way into Nokia's Asha line-up share? Let us know in the comments section below: