Samsung mobile chief DJ Koh said that the company is targeting a 2018 launch for its first smartphone with a bendable display. The company's patent filing hints at a slim device that can be folded or unfolded semi automatically. Samsung is planning to launch a foldable smartphone under its Galaxy Note brand next year. DJ Koh, Samsung's mobile chief confirmed to reporters in Korea that the company is targeting 2018 for the launch of a smartphone with a bendable display.

The announcement comes on the heels of Apple's 2017 iPhone launch later in the day. Apple is expected to announce three new iPhones with one premium model featuring an OLED display from Samsung. The launch of the rumoured iPhone X is expected to further fuel the competition between Apple and its South Korean rival.

Koh says there are several hurdles around launching a smartphone with a bendable display and that the company is prepared to push back the launch in case these hurdles are not solved. Koh didn't elaborate on hurdles associated with a bendable smartphone, but a report early this year suggested that Samsung's foldable smartphones are expected to enter production during the fourth quarter of 2017. 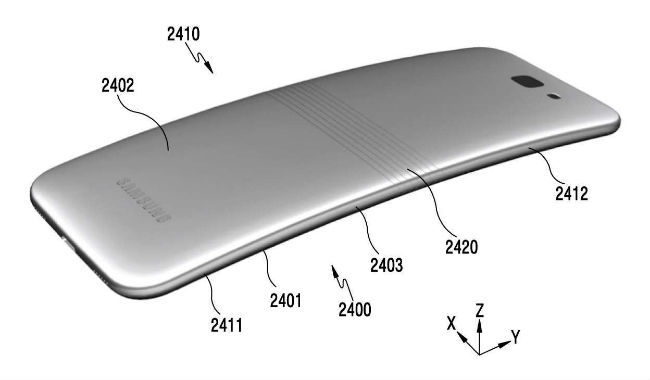 AP reports that Koh also confirmed company's upcoming artificial intelligence-enabled speaker to take on Amazon Echo, Google Home and Apple HomePod. The device will be designed by Harman, which Samsung acquired last year as part of expanding its base in the connected device segment.

Koh reiterated that Note 8 orders broke previous records despite its premium pricing and last year's Note7 debacle. The Note8 is the most expensive smartphone yet from the company and it has already filed for a design patent with even thinner bezels.