Samsung has officially launched its Windows Phone 7.5-based Omnia M smartphone in India, which was listed at various Indian online retailers last week. In the meanwhile though, two new Samsung Windows Phone 8 devices have been revealed in court documents 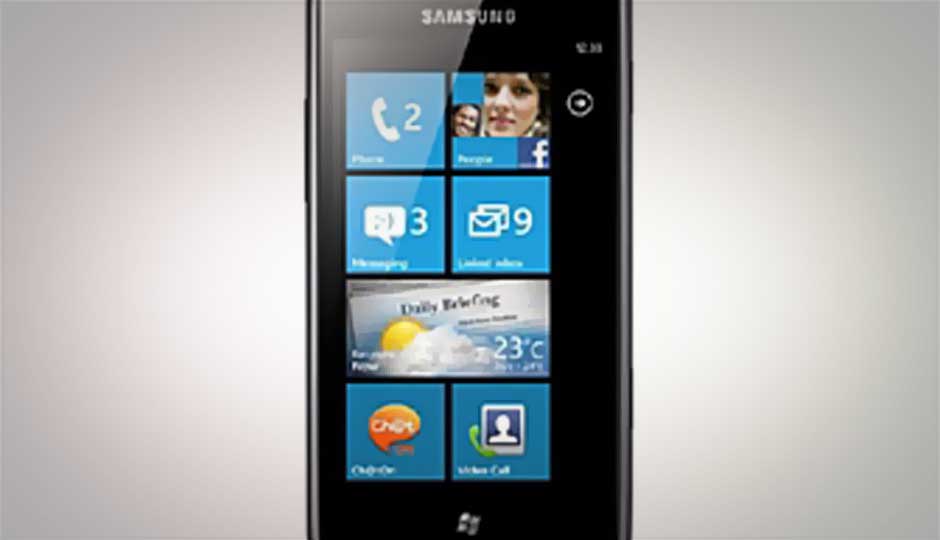 Samsung has officially launched its Windows Phone 7.5-based Omnia M smartphone in India, which was listed at various Indian online retailers last week.

Samsung has given the Omnia M a price of Rs. 16,400, unfortunately for those who may have gone ahead and bought it online, for roughly Rs. 1,600 more.

The Omnia M was showcased in May this year, and its design is reminiscent of its predecessor, the Omnia 7, except that it has no physical Windows home button.

It is expected to get the Windows Phone 7.8 upgrade, unfortunately, there's no word on whether the Omnia M will be updated to the latest Windows Phone 8, though looking at the hardware specs, it does not seem likely. This gives it, like the Nokia Lumia family and other Windows Phone 7.5 devices in the market, a very short shelf life - except in the case of the Omnia M, it is almost dead on arrival.

In the meanwhile though, two new Samsung Windows Phone 8 devices have been revealed in court documents (in the ongoing Apple versus Samsung legal battle). Codenamed the Odyssey and Marco, for now, not much is known about the two devices.

Both will apparently feature a dual-core 1.5GHz processor on the Qualcomm MSM8960 chipset, and a 2MP front-facing camera. The Odyssey has been referred to as an "iconic smartphone" by the Korean giant, and should come with a 4.65-inch Super AMOLED display with a HD resolution, an 8MP rear camera, and NFC connectivity (as expected, as mobile wallet and transfer properties are supposedly built into Windows Phone 8).

According to the documents, the Samsung Marco will come with a 4-inch Super AMOLED display (800x480 pixel resolution). Other specifications include a 5MP rear camera.

Both the Samsung Windows Phone 8 devices are expected to release at roughly the same time as the new mobile OS, in Q4 2012.

Source: TOI and The Verge