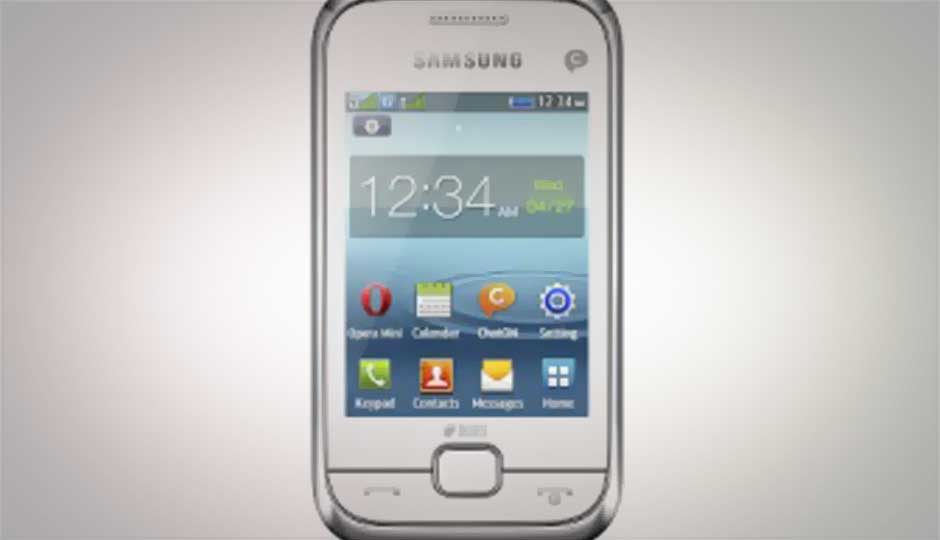 Samsung India has introduced a new 'Rex' series of feature phones, comprising the Rex 60, Rex 70, Rex 80 and Rex 90. Available in a price range of Rs. 4,280 - Rs. 6,490, the new Samsung Rex phones come with dual-SIM capabilities and are bundled with Tata Docomo data plans.

The Samsung Rex 60 is a full-touch smartphone featuring a 2.8-inch capacitive QVGA display with 320x240 pixels resolution. The device features Samsung's TouchWiz UI with eight customisable homescreens. It has 1.3MP camera. For connectivity, the Samsung Rex 60 supports EDGE, Bluetooth 3.0 and USB 2.0. It has 30MB user memory and microSD slot that supports up to 16GB storage. The feature phone comes with a 1,000 mAh battery, which is rated to deliver up to 15 hours of talktime. Check out the full specifications of the Rex 60 here.

The Samsung Rex 80 has a 3-inch capacitive QVGA display with 320 x 240 pixels resolution. The Rex 80 features 3MP camera and TouchWiz UI. For connectivity, the phone supports EDGE, Bluetooth and Wi-Fi 802.11 b/g/n. It comes with a 1000 mAh battery with up to 14.7 hours of talktime. It has 20MB user memory and microSD Slot (up to 16GB). Check out the full specifications of the Samsung Rex 80 here.

The Samsung Rex 90 comes with 3.5-inch capacitive HVGA display 480×320 pixels. The device features TouchWiz UI, 3.2MP camera, EDGE, USB 2.0, Bluetooth, Wi-Fi 802.11 b/g/n and 1000 mAh battery with up to 15 hours of talktime. The device comes with 10MB user memory and microSD Slot that supports storage up to 32GB. You can read the full specifications of the Samsung Rex here.

“The REX series have been developed in India and will be introduced across a number of the world’s fastest growing markets from India. We have tremendous confidence that the REX series will allow us to connect with the huge base of young Indians who are looking for Smart Solutions. Further, the REX series are packed with content and applications that cater to the demands of Indian consumers. With Samsung REX, we are opening a whole new world for consumers and hence the tagline ‘Now your world is Open’,” says B.D Park, President & CEO, South West Asia HQ, Samsung Electronics.

According to a Gartner report, Samsung has topped the global smartphones as well as overall mobile phone sales in 2012. While Android-based Galaxy smartphones are doing good for Samsung, feature phones and dual-SIM ones have also helped the company increase its share, especially in the emerging markets.

By making available the budget phones in each possible category, Samsung has managed very well to expand its base in India. However, the company faces stiff competition from the likes of Nokia and local vendors such as Micromax and Karbonn.

Given the pricing of the Rex-series devices, Samsung apparently takes on Nokia's Asha-series phones, which come with similar set of specifications and in almost same price range. But that being said, Nokia's S40 OS that powers Asha phones comes with more features as well as support support for more popular applications and multimedia content – which has helped Nokia offer deliver a smartphone-like user experience on the Asha phones.

What do you think of the new Samsung Rex devices? Will it take over Nokia's Asha phones in the near future? Let us know in the comments section below