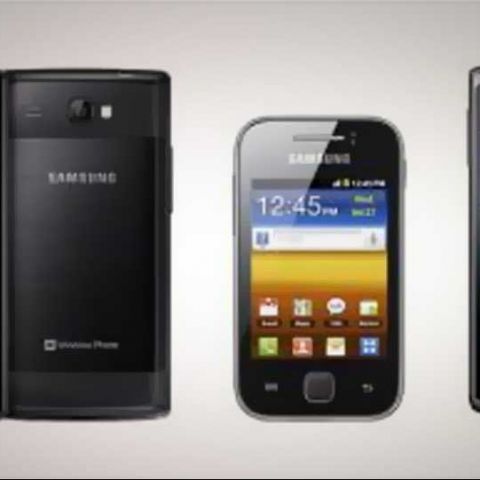 We first heard of the Samsung Omnia W last week, a mid-range Windows Phone 7.5 ‘Mango’ device. Now, it’s been launched in India, along with the Android-based Samsung Galaxy Y, and the Bada-based Samsung Wave 3. Talk about a diverse smartphone lineup.

The Samsung Omnia W (above left) bears a 1.4GHz processor, a 3.7-inch Super AMOLED display, and a 5MP camera with 720p HD video recording. It has been priced at Rs. 19,900 – directly competing with the Samsung Galaxy S (I9003), Apple iPhone 3GS, Nokia X7, and the LG Optimus Black. For more details about the device, and its specifications, refer to our previous coverage of the Omnia W.

The Samsung Wave 3 (above right) also competes directly with the Omnia W and its above-mentioned competitors, with a price tag of Rs. 19,600. The Wave 3 runs on the latest version of Bada, Bada 2.0, and bears a 4-inch Super AMOLED display, with a 1.4 GHz processor. For more details of the Samsung Wave 3, refer to our previous coverage.

The last, but not the least (in terms of number of units expected to be sold), the Samsung Galaxy Y (above centre) has also been released in India, priced at Rs. 7,830. Becoming Samsung’s cheapest Android in the market (replacing the old Galaxy 5, and fitting in below the Galaxy Pop), the Galaxy Y and its target demographic should be obvious. To be crystal clear however, Samsung’s new Galaxy smartphone naming scheme has come in handy, with the Y series indicating 'Young'. The Galaxy Y bears a 3-inch display, and, will run Android 2.3 Gingerbread on an 883MHz processor (memory unknown). We last saw the Galaxy Y in late August, and you can refer to our previous coverage for more details about its specifications.

Note: above image not to scale