Samsung's foldable smartphone called Galaxy X is expected to launch under the Galaxy Note brand next year. The Galaxy X with the bendable display could be the future of smartphones and tablet hybrids. 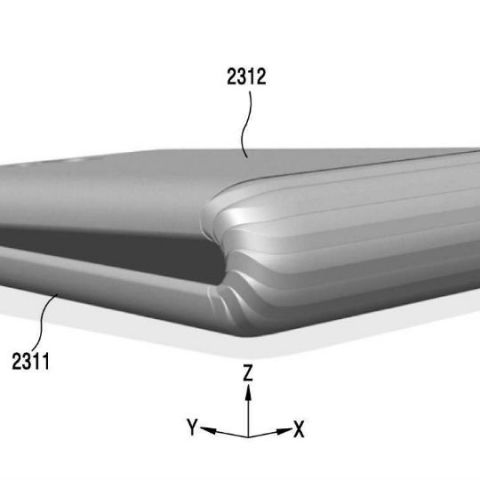 Samsung Galaxy X, the rumoured foldable smartphone has received certification in South Korea ahead of its launch next year. The smartphone has appeared in a filing from the Korean National Radio Research Agency (NRRA) with the model number SM-G888NO, reports Let'sGoDigital. While the filing lists it as a radio equipment for global LTE communication, Forbes notes that the same device was spotted at the Wi-Fi Alliance and Bluetooth Certification site.

The Galaxy X foldable phone was first spotted in the form of patent images last year. The South Korean consumer electronics giant has demonstrated a number of technologies including a bendable display needed to develop a foldable smartphone. Early this month, AP reported that Samsung is planning to launch a smartphone with the bendable display under its Galaxy Note brand next year.

The Galaxy X foldable smartphone codenamed 'Project Valley' is expected to enter production during the fourth quarter of 2017 and Samsung's mobile chief DJ Koh told reporters that there are a few hurdles around launching a smartphone with a bendable display. While Koh didn't elaborate on these hurdles, he added that his company is prepared to push back the launch in case some of these hurdles are not solved.

The final design and features of Samsung's bendable phone are still unknown but the patent filing suggests it will be a slim device which can be "folded or unfolded semi-automatically." The recent listings also confirm that Samsung has started making progress on a bendable smartphone but it remains unclear whether it will debut next year. When the Galaxy X debuts with the bendable display, it will definitely be the future of smartphones and tablet hybrids.