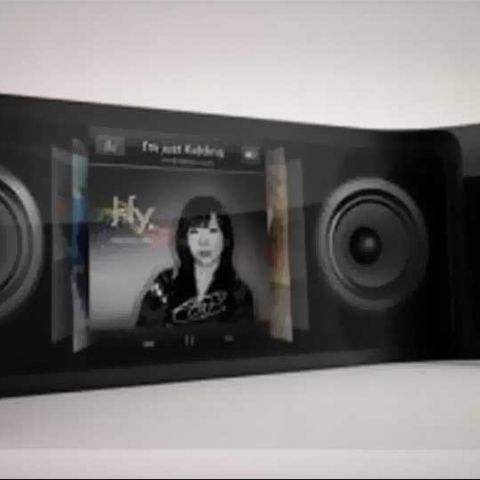 and now various are circulating around the web about a new bendable Samsung Galaxy Skin due to be launched sometime in 2012.

The Korean giant has dispelled these rumours however, telling UK’s T3 that the Galaxy Skin is "a project that has been carried out by design students and is just a concept product. Samsung was not involved in the project. The students used the name Galaxy Skin and the Samsung logo in their concept to make it look more like a commercial product."

While the Samsung Galaxy Skin is still just a concept, technologies such as flexible batteries, and displays are already in development. However, the other components of a bendable phone, things like the chipset, PCB etc., might still take a while more to achieve.

By the time all this is achieved, specs such as those highlighted by the launch reports (1.2GHz processor, 800x480 graphene-layered display, 8MP camera, 1GB of RAM, 8mm thickness) will probably seem like a joke. Interestingly enough, Nokia had also announced it had started development of a flexible wearable phone, of a different type.