Samsung Galaxy S8 and S8+ will sport similar design and specifications. The smartphones are expected to launch on March 29 at an event in New York 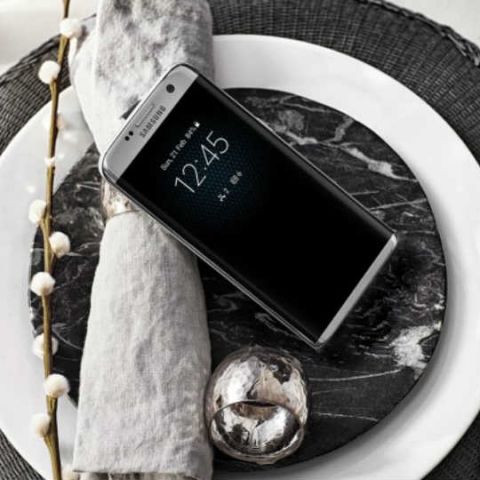 Samsung Galaxy S8 specifications have been leaked again, ahead of the official announcement. The leak comes on the heels of yesterday's leak, which revealed the specifications of the Galaxy S8+. Both handsets are expected to be announced at an event on March 29 and made available, globally, starting April 21.

The specifications of the Samsung Galaxy S8, obtained by TechnoBuffalo, reveal that both handsets will sport similar design and specifications. While Galaxy S8+ packs a large 6.2-inch display, while the S8 will go with a smaller 5.8-inch QHD+ Super AMOLED display. The smartphone will offer 4GB RAM, 64GB storage and IP68 dust and water resistance. 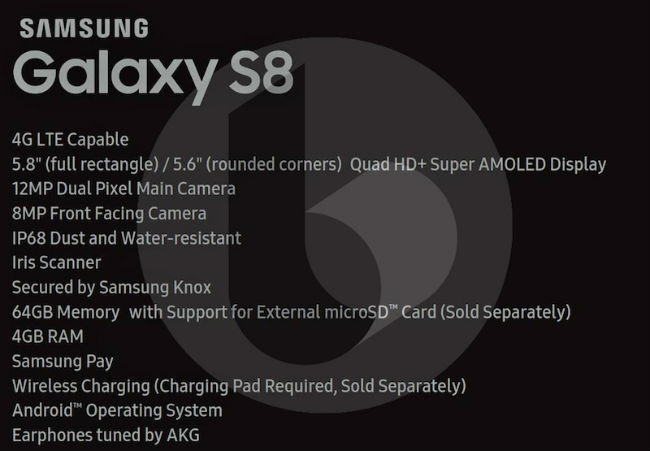 The Galaxy S8 will also feature a 12MP rear camera, with dual pixel autofocus and an 8MP front camera. The device will also support an iris scanner and a rear-mounted fingerprint scanner. Other features include Samsung Pay and support for wireless charging. The device will also include earphones tuned by AKG, an Austrian audio manufacturer.