Samsung might introduce a new version of the Gear IconX, alongside the launch of Galaxy S8 smartphone. 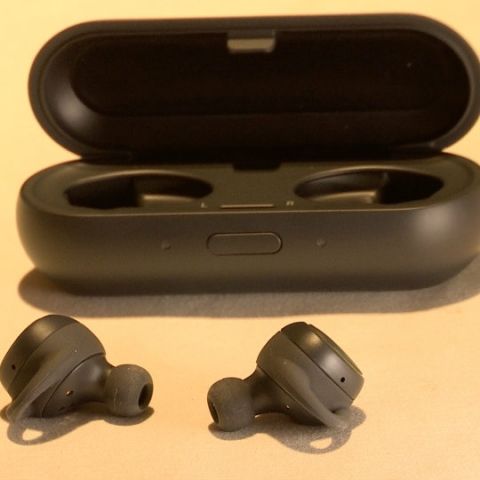 Samsung may be following Apple's example, by killing 3.5mm audio jack and bundling wireless in-ear headphones with its 2017 flagship Galaxy S8 smartphone. It is almost evident that Samsung will follow suit with industry peers by ditching the 3.5mm headphone jack and pushing towards wireless audio.

Samsung, in fact, has more reasons to adopt this change considering the availability of the Gear IconX, the South-Korean smartphone maker's wireless in-ear headphones. According to Sammobile, Samsung is planning to introduce new wireless in-ear headphones alongside the Galaxy S8 launch. It is unclear whether these earbuds will be bundled with the device, but Samsung certainly seems content to take on Apple's AirPods.

Samsung already has an headstart in wireless in-ear market with its Gear IconX. While IconX are great from concept perspective, they are nowhere near perfect for consumer use. With the next-generation wireless in-ear headphone, Samsung could enable a truly wireless earbud that not only delivers on concept, but also on functionality and ability to deliver sound.

As far as the Samsung Galaxy S8 is concerned, the smartphone is expected to launch sometime in April at a dedicated event in New York. The smartphone is likely to come in two screen sizes along with edge variants. While the device is expected to rock an improved Y-OCTA based Quad HD Super AMOLED display delivering at least 1000 nits of brightness, there are also rumours hinting at adoption of 4K AMOLED panels.

Samsung Galaxy S8 is most likely to rock Qualcomm Snapdragon 835 chipset but a rumour recently suggested use of Exynos chipsets as well. The device is expected to launch with very thin bezels and support optical fingerprint sensor with no physical buttons at all.

Samsung Galaxy S8 is promising to be a revolutionary device in terms of design but it will depend how Samsung delivers on the non-explosive battery front.