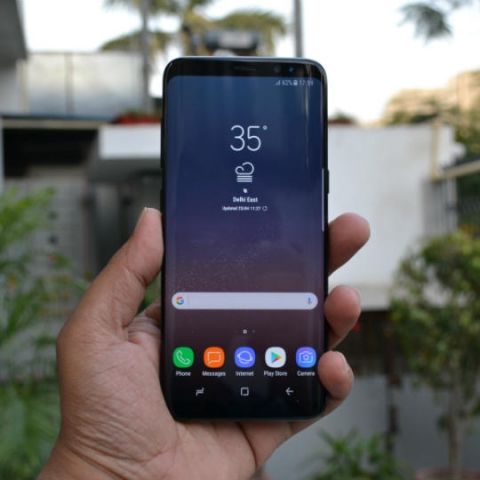 Samsung may be in the process of releasing a fix for the red tint issue in the Galaxy S8 and Galaxy S8+. Sammobile reports that a new software update is currently being rolled out in South Korea and changes the firmware to G950NKSU1AQDG on the Galaxy S8 and G950NKSU1AQDG on the S8+. The update brings an additional setting in the Adaptive Display mode that allows users to adjust the full-screen colour balance as per their preference.

The new update comes after early adopters started complaining about a reddish tint on their smartphone's display. Samsung claimed the issue is not hardware related, but caused by the nature of AMOLED displays. Samsung had recently stated the update will arrive before the end of this month.

The company has reportedly informed its service centres about this update fixing the red tint issue. The update is also said to fix Wi-Fi connectivity issues observed by some S8 users in the Korean market. There are also reports suggesting Samsung plans to replace the affected devices if their owners are not satisfied with their colour reproduction after this update. The update is only rolling out to Korean consumers and the company might release this update to other markets in the coming days.