Images of the Samsung Galaxy S8 Active, the rugged version of company's flagship smartphone has leaked once again. Samsung has been making an 'Active' version of its flagship smartphone for four years now and details of the upcoming Galaxy S8 Active have leaked online. This leak comes via a friend of a Samsung employee, who posted details on Reddit. Android Police notes that the leaker also posted a video of the device before deleting it on the advice of other Redditors. However, the pictures that were posted does confirm the rugged design and SM-G892A model number for the AT&T version.

The specifications suggest that the smartphone will feature a 5.8-inch display like the regular Galaxy S8, but won't be curved at both the edges. The body is reportedly polycarbonate, with metal sides and is said to be thicker than the existing Galaxy S8 smartphone. The handset also comes with MIL-STD certification and a larger 4000mAh battery. 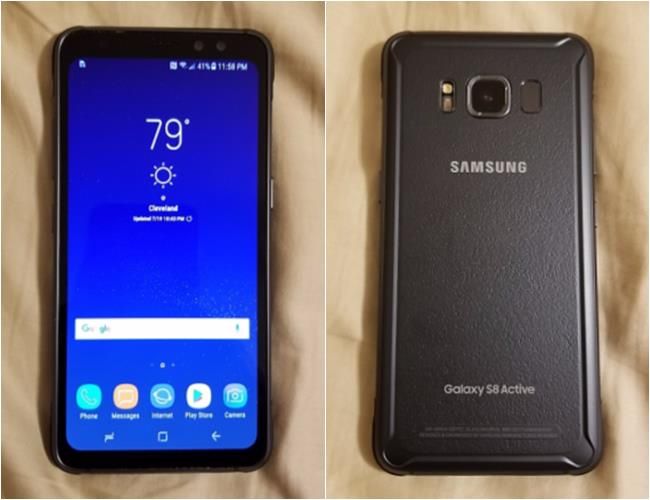 The handset also skips Active variant's trademark reprogrammable key in favour of the dedicated Bixby button. Samsung announced Bixby alongside the Galaxy S8 launch in March, but the digital assistant is yet to gain full voice support in English. The Galaxy S8 Active runs Android 7.0 Nougat and lacks an underwater camera mode like last year's S7 Active.The handset is powered by Snapdragon 835 SoC coupled with 4GB RAM and 64GB expandable storage. It sports a 12MP rear camera and an 8MP front camera. The smartphone supports Qi wireless charging and is expected to debut as Galaxy S8 Active ahead of Galaxy Note8 launch on August 23.