Samsung Galaxy S7 to be announced on February 21 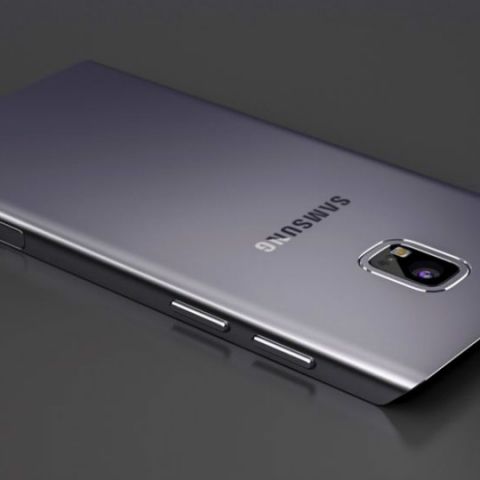 Samsung is slated to announce the next iteration of its flagship Galaxy smartphone on February 21. The infromation was leaked by @evleaks on Twitter. The event has has been setup a day before MWC 2016 begins in Barcelona. It is expected that the company will announce three new phones in the Samsung Galaxy S7 range, the Galaxy S7, S7 Edge and the S7 Edge +. Previously, Samsung had launched the Galaxy S6 and S5 smartphones just a day before MWC 2015 and 2014 respectively.

Samsung Galaxy S7 phone lineup has gone through a lot of speculation but rumours suggest that the company is likely to introduce a black chassis to give the phones a more premium look. The display sizes of the three phones will be different. The original Galaxy S7 is expected to come with a 5.1-inch display, the S7 Edge is likely to get a 5.5-inch display and the S7 Edge + might sport a 5.7-inch one. All phones are expected to have a Super AMOLED panel with a minimum resolution of 2560 x 1440p. There is another rumour which suggests that Samsung may introduce its own “3D touch” display with this phone.

On the performance front, we have seen multiple reports of the upcoming range being powered by both Exynos and Snapdragon SoC’s. Samsung has done this in the past for different markets and is likely to do it now as well. If rumours are to be believed, the Galaxy S7 lineup will have two variants, one powered by the Exynos 8890 and the other by Qualcomm’s Snapdragon 820 SoC. RAM is expected to be 4GB on all variants. As for the storage, it is likely that Samsung will maintain 32GB as the base storage and the phones may come in 64GB and 128GB models. We might also see microSD card slot on the phones.

Samsung might also replace the 16MP camera it currently uses with a new 12MP BRITECELL sensor, to improve low light capabilities of the phone. Samsung introduced these new sensors late last year. Samsung claims that the new camera sensor is 17% thinner and will be able to take better and brighter images in low light. The Samsung Galaxy S7 lineup is likely to feature this new sensor and it might have a f/1.7 aperture.

Beyond this, we can expect a fingerprint sensor. Rumors also suggest that the phone will have a USB Type-C slot, will be dust and waterproof and may come with dual-SIM slots.