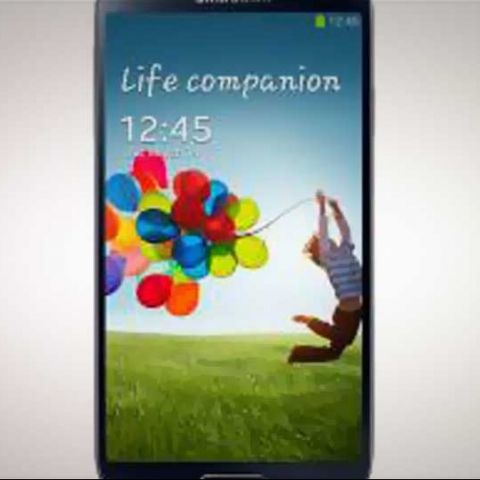 Benchmark scores of the Samsung Galaxy S4 have surfaced on the Internet, which suggest that the recently announced device is the fastest of the current crop of smartphones. The GeekBench score for the S4 has appeared on Android Authority, healthily beating other flagship Android smartphones (and even the Apple iPhone 5, BlackBerry Z10) available in the market.

As you know, the international version of the Samsung Galaxy S4 is powered by the Exynos 5 Octa chipset. This particular chipset has four Cortex-A15 cores clocking to a maximum of 1.6GHz, and four Cortex-A7 cores clocking up to 1.2GHz. The graphics are handled by the PowerVR SGX 544MP3 chip from Imagination Technologies. There will also be a second version of the S4 that will only hit certain markets. This version will be powered by Qualcomm Snapdragon 600 chipset with its quad-core Krait 300 chipset (1.9GHz) and the Adreno 320 graphics. Both versions will have 2GB of RAM, and will get the LTE feature in certain markets. It will also feature wireless charging in some markets.

Interestingly, Qualcomm Snapdragon 600-powered Samsung Galaxy S4 scores a whopping 3163 in the GeekBench test, and the HTC One holds the second place with a score of 2687. The difference is quite a bit. The third place is held by Google’s flagship smartphone, the Nexus 4, with a score of 2040. We can’t wait to see what the Exynos 5 Octa-powered Galaxy S4 will score. 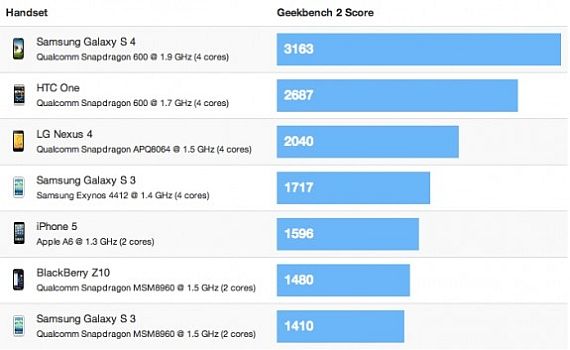 In terms of other specifications, the Galaxy S4 features a 4.99-inch 1920x1080 pixel Super AMOLED display, giving it a pixel density of 441 ppi. There will be three storage options – 16GB, 32GB and 64GB. With such high scores, users can rest assured that the smartphone will be the smoothest fastest Android experience available – until of course, the next big thing comes along.