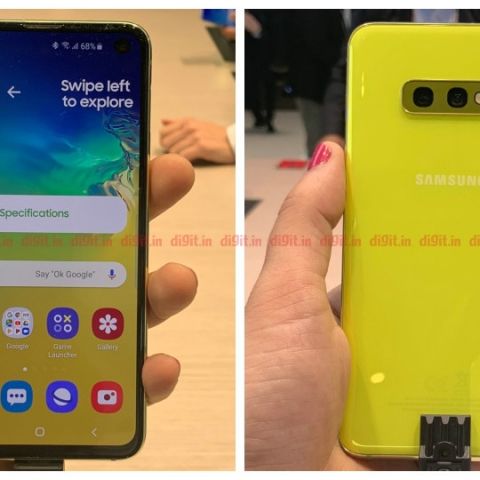 The Galaxy S10e is a smartphone that stands out in the crowd of smartphones with giant displays. It may lack some features found on the Galaxy S10 and S10 Plus, but it does not feel like an overpriced compromise.

Samsung is playing the smartphone market very smartly and with its recent launches, it is evident that the company wants to target competition in almost every price segment, be it budget, mid-range or premium flagships. Sitting comfortably at the lower spectrum of this year’s Galaxy S lineup is the Samsung Galaxy S10e. On first impressions, the smartphone managed to do what Apple’s iPhone XR did not - feel adequate enough to be a flagship.

With a 5.8-inch Full HD+ AMOLED display, the Galaxy S10e fits snugly in the hand. The non-curved edges of the flat display are actually refreshing on an S-series smartphone and the punch hole Infinity-O design gives ample amount of screen real estate to the device in an era where large, bezel-less displays have become a norm.

The display renders colours pretty well on first impressions and if nothing, Samsung’s OLEDs have only become better with time. In fact, it seems way better than Apple’s LCD display on the iPhone XR. Its 19:9 aspect ratio keeps it in tune with the times.

The phone has a physical fingerprint scanner instead of the Ultrasonic scanner that’s found embedded within the screens of the Galaxy S10 and S10+, but it doesn't really hinder the user experience and in fact, sits flush with the power button.

Another difference between the S10 and S10+, and the S10e is the cheaper flagship’s camera setup. Instead of the triple-rear camera setup, the S10e offers a 12MP wide angle sensor with OIS and another 16MP ultrawide sensor, which is different from what the company usually offers in a dual cam setup, ie there is no telephoto lens. Instead, the Ultrawide camera offers a widened 123-degree field of view to capture more in a frame and Samsung has been big on this camera feature starting with this year’s Galaxy flagships. The camera still gets the inherent Samsung features such as Live Focus, a Pro mode, Super Slow-mo, HDR recording and more. On the front, the S10e gets a single 10 MP selfie snapper with Dual Pixel PDAF, capable of taking 4K selfies. 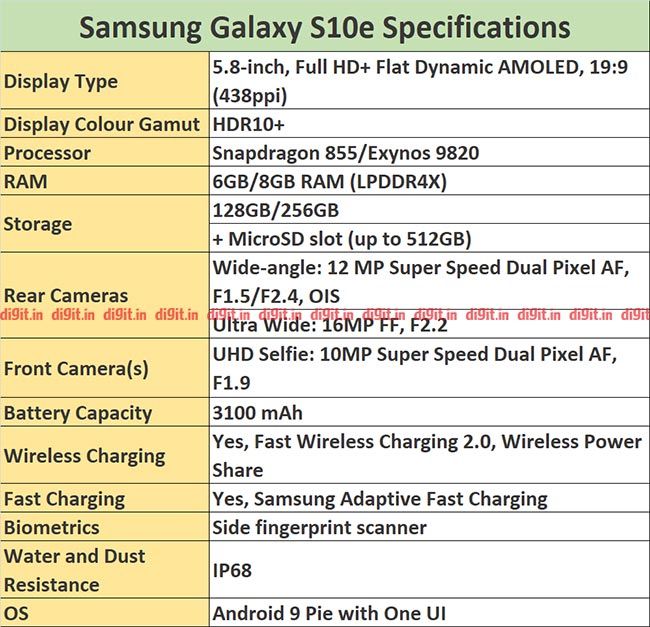 Another feature which puts the S10e ahead of the iPhone XR is its reverse wireless charging feature, or what Samsung calls Wireless PowerShare. This means that the 3100mAh battery on the S10e can actually charge other phones as well as accessories like the Galaxy Buds or the Galaxy Watch Active. We checked out the feature on the MWC 2019 showfloor and it works as advertised. In addition, the phone supports wired and wireless Fast Charging. 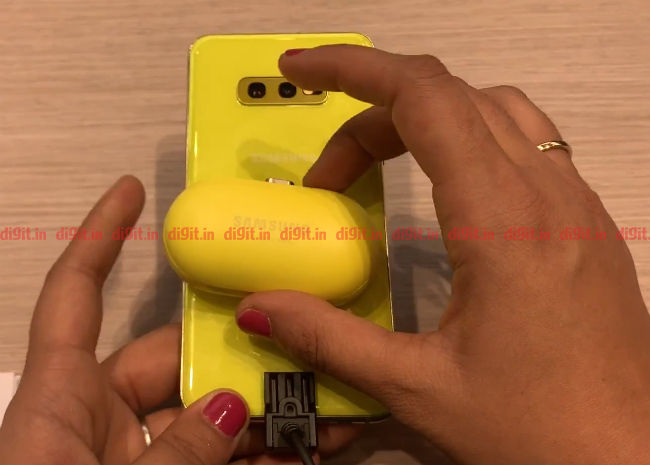 With iP68 water and dust resistance, the Galaxy S10e once again beats the iPhone XR to the punch as the latter comes with an IP67 rating, even though the difference is minimal.

The best feature of the Galaxy S10e is that it gets the same flagship chipset as the S10 and S10+ phones - Snapdragon 855 in some markets and Exynos 9820 in others. It also comes in at almost Rs 20K cheaper than the iPhone XR, starting at Rs 55,900 for the 128GB base storage variant (expandable), compared to the Rs 70,000 64GB base version of the iPhone XR (with no expandable storage).

Samsung’s One UI layered on Android Pie works pretty well on the S10e, no complaints there. Regular updates will do the device great service.

All in all, we are pretty impressed with the S10e on first impressions and see it as the one big competitor to the iPhone XR in the compact premium flagship space. We will reserve all other judgements about the phone for our in-depth review. Until then stay tuned to Digit.in for more updates on the latest and upcoming smartphones.