Samsung Galaxy On5 and On7 set to be launched in India

Samsung has sent out invites for a launch event on Tuesday, November 3, in New Delhi. The company is expected to unveil its Galaxy On series of smartphones by launching the mid-range Galaxy On5 and Galaxy On7 devices.

Although the invitation does not provide much details, it has indicated that Samsung will be announcing new smartphones. It is being speculated that Samsung will launch the Galaxy On devices, that were launched in China last week. The On5 was also briefly listed on Flipkart. Both the On5 and On7 appeared on Samsung India’s website for a short while before being taken down. 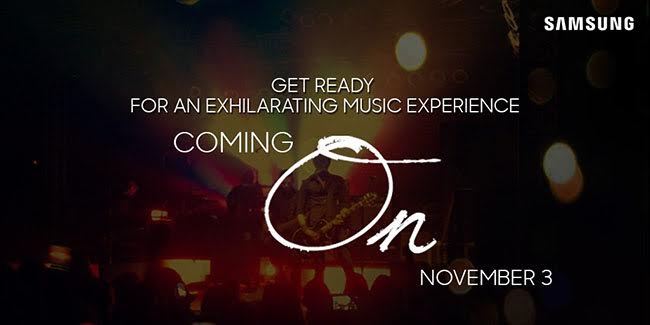 Both the Galaxy On5 and Galaxy On7 sport a similar set of hardware specifications. The Galaxy On5 sports a 5-inch 720p HD display, while the On7 has a slightly larger 5.5-inch screen. The devices are powered by a 1.2GHz quad-core Exynos 3475 processor along with 1.5GB of RAM. Both feature 8GB of onboard storage, of which 4.3GB is available to the user, besides having a microSD card slot that supports cards up to 128GB. The Galaxy On7 comes with a 13-megapixel primary camera and a 5-megapixel front camera. Whereas, the On5 packs an 8-megapixel primary camera and a 5-megapixel secondary front camera. Other features include Wi-Fi 802.11 b/g/n, Bluetooth 4.1, microUSB, and GPS. Both have dual-SIM functionality with 4G LTE support.

A teaser image posted by Samsung India on Twitter also suggests that it will launch its Samsung Milk Music streaming services in the country. The Galaxy On smartphones are likely to come pre-installed with the app. Milk Music is a radio-like music streaming service that is limited to Samsung smartphones only. It features curated playlists and users can choose from among several stations playing different genres of music.

Tags: samsung on5 on7
Advertisements