Samsung Galaxy Note8 was briefly listed on the company website, revealing the model number and features. The pre-orders for the device are expected to begin on August 24, with sales starting from September 15. 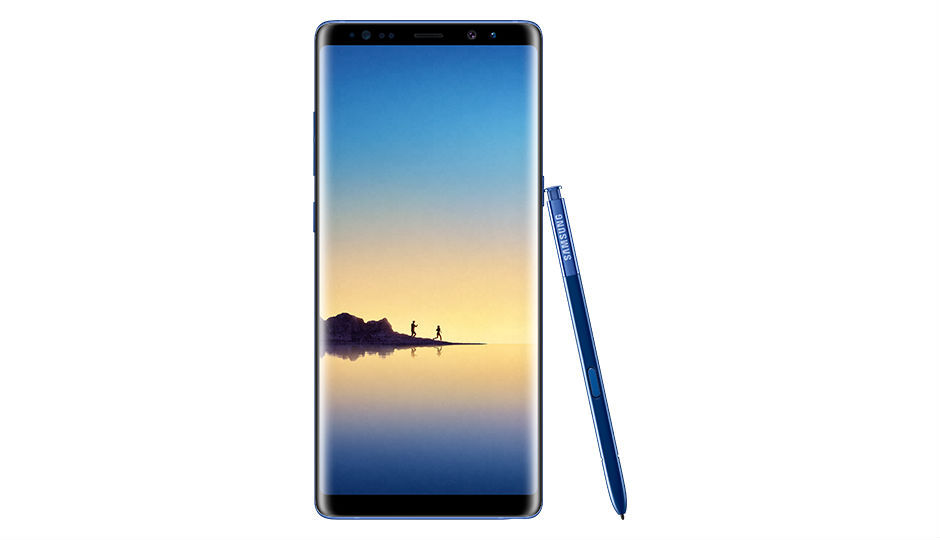 Samsung is set to introduce its next flagship smartphone, the Galaxy Note8 at an event in New York on August 23. The handset has been detailed via multiple leaks in the past, but it seems like Samsung may have accidentally jumped the gun and revealed the device on its own website. According to Android Police, the phone made a brief appearance on Samsung's official website, revealing the model number and memory capacity. The listing (which has since been taken down) revealed that the phone will offer 64GB internal storage on model number SM-N950UZKAXAA, along with some of the key features like the Infinity Screen, Bixby AI assistant and S-Pen. Samsung has also released teaser videos detailing the dual camera setup and S Pen features of the Note8.

The Galaxy Note8 is expected to sport a 6.3-inch Infinity Display with Quad HD+ resolution of 2960 x 1440 pixels and taller 18.5:9 aspect ratio. The handset is expected to use Qualcomm's Snapdragon 835 mobile platform in the US, while it is expected to feature company's own Exynos 8895 chipset in all the other markets. The leaked benchmarks suggest that the Galaxy Note8 will launch with 6GB RAM as standard, while there will be 64GB and 128GB internal storage variants.

The biggest addition will most likely be the use of a dual camera system, which was first expected to debut on the Galaxy S8 series. The Note8 is tipped to feature a dual 12MP rear camera, with one wide-angle and another telephoto lens offering up to 2x optical zoom. Interestingly, both the lenses will support optical image stabilisation, giving it an edge over the iPhone 7 Plus. The front camera is expected to be same the 8MP autofocus sensor with f/2.0 found on the Galaxy S8 and S8+.

CORRECTION: the options are as follows

Sorry for the confusion. https://t.co/Db42n4kVCf

The Galaxy Note8 US pre-orders are said to begin from August 24, a day after its launch, while sales are said to begin from September 15. Those pre-ordering the device in the US are expected to get an option to bundle the device with either a 256GB microSD card and wireless charger, or Samsung's Gear360 camera. The European pre-orders are expected to come bundled with company's DeX workstation dock.

The Samsung Galaxy Note8 comes almost a year after the Note7 fiasco, where the company had to apologise and recall the handset globally due to overheating and battery issues, which lead to fires. With the Note8, Samsung will be hoping to win back the lost trust among Note fans. The Galaxy Note8 is said to hit retail stores at a starting price of around €999 (around Rs 72,000).