Samsung Galaxy Note 8 is basically a Galaxy S8+ with dual camera setup and the S-Pen. The premium smartphone will go on sale starting September 15 in the US and will become available in India next month. 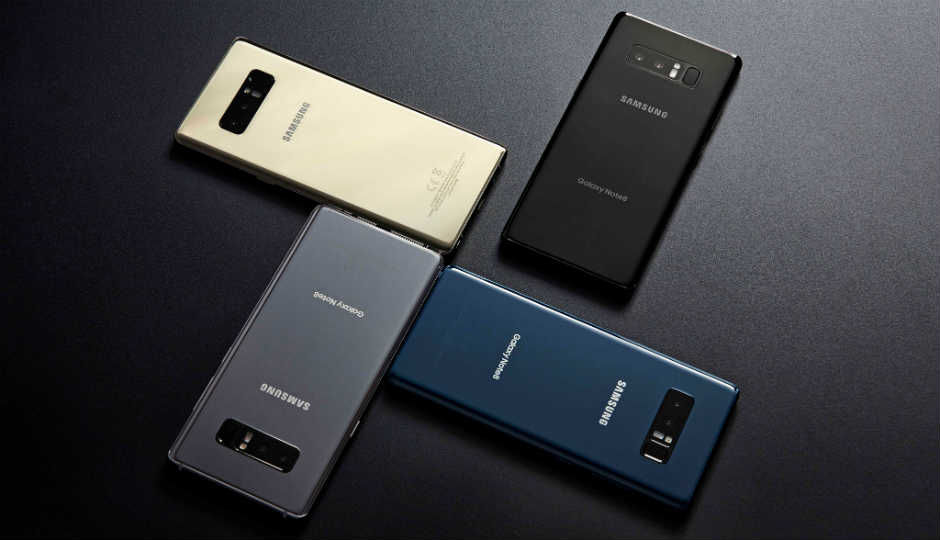 Samsung has officially announced the Galaxy Note8 at the company's Unpacked event in New York. The handset comes just a year after the debacle with last year's Note 7, which caught fire due to poor battery design and led to a worldwide recall. Since the Note 7 incident, Samsung has doubled down on battery safety check and has even managed to deliver a best-selling Android smartphone in the form of Galaxy S8 series. It is needless to say that the Galaxy Note 8 will not explode, or at least that's what Samsung hopes for.

At the launch event, Samsung seemed poised to win back the lost trust among Note fans with a brand new design and improved S-Pen features. In terms of design, the Galaxy Note 8 looks more like a larger version of Galaxy S8+. The handset sports the same Infinity Display design with thinner top and bottom bezels, first debuted on Galaxy S8 series.

The Galaxy Note 8 sports a 6.3-inch Quad HD+ Super AMOLED display with 18.5:9 aspect ratio and dual curved edges. The smartphone comes with 6GB of RAM and there will be options for either 64/128/256GB internal storage. The Galaxy Note 8 will be powered by the Snapdragon 835 mobile platform in the US, while all other markets get Exynos 8895 chipset.

The Galaxy Note 8 ticks all the right boxes in terms of design and hardware specifications, but it's headlining feature is the new dual rear camera setup. Samsung has equipped the Note 8 with dual 12MP sensors, with one f/1.7 aperture wide-angle lens and another telephoto lens getting f/2.4 aperture. Both the sensors support optical image stabilisation, which the iPhone 7 Plus' telephoto lens lacks. There are also new software tricks with dual capture mode that clicks pictures with both the lens and allows users to save both pictures. There is also a version of portrait mode and gesture support for toggling between front and rear camera. Talking about the front camera, Samsung is using the same 8MP f/1.7 selfie shooter with autofocus available on S8.

The Galaxy Note 8 comes with metal and glass construction and it is IP68 water and dust resistant. The handset runs Android 7.1.1 Nougat and is backed by a relatively modest 3300mAh battery. The handset supports wireless charging, NFC, and MST for Samsung Pay. It also has a dedicated Bixby button for Samsung's digital assistant. Samsung is also updating the S-Pen with new features like the ability to take up to 100 pages of notes when the screen is off, translate feature introduced last year and live message for handwriting a message or picture.

"We appreciate the relentless passion of the Note community. They’ve been a constant inspiration to us and we designed the new Note for them. From the Infinity Display to the enhanced S Pen and a powerful Dual Camera, the Galaxy Note8 lets people do things they never thought were possible," DJ Koh, Samsung mobile chief said during the launch.

Samsung Galaxy Note8 will be available for pre-order starting tomorrow in the US and will go on sale from September 15. The handset's pricing varies across carriers and it will retail for around $950 (around Rs 62,000). The handset comes bundled with a free Gear 360 or Galaxy Foundation kit that includes a 128GB SD card and a wireless charger. The premium flagship handset will launch next month in India.