Samsung plans to sell only 4 lakh units of its Galaxy Note Fan Edition smartphone in its home market. The handset will be available starting July 7 and is priced at around Rs 40,000. 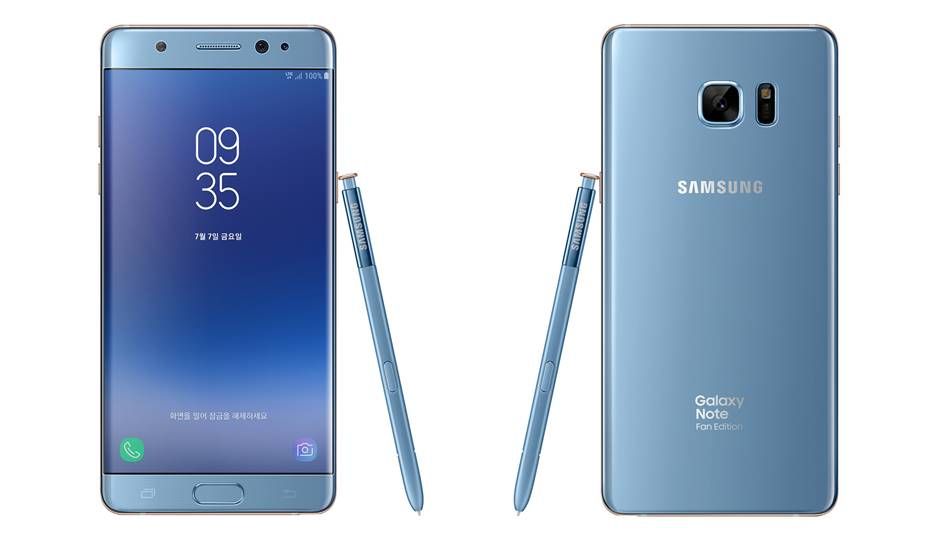 With the Galaxy Note Fan Edition, the major difference lies in the redesigned battery. Samsung confirmed a faulty battery design as the cause for the Note7 explosions. The new Fan Edition sports a smaller 3200mAh battery, as opposed 3500mAh battery found on an original Galaxy Note7 smartphone. Samsung also notes that this new battery has been tested using same 8-point battery safety test deployed ahead of Galaxy S8 launch.

The Galaxy Note Fan Edition sports the same metal and glass design like last year's Note7, with a 5.7-inch Quad HD AMOLED display. Powering the device is an Exynos 8890 chipset, coupled with 4GB RAM and 64GB storage. The camera setup comprises of a 12MP rear shooter and a 5MP front shooter; It is similar to the one found on this year's Galaxy S8 flagship.

The Fan Edition runs the same software found on the Galaxy S8 duo, complete with the Bixby voice assistant. Samsung claims the new Fan Edition is an eco-friendly initiative from the company, but it is not clear how the environment agencies around the world will react to the device.

The new Galaxy Note Fan Edition is priced at 699,600 KRW (approximately Rs 40,000) and will go on sale starting July 7. Samsung plans to sell only 4 lakh units of Fan Edition in its home markets in Gold, Black, Blue and silver colour options. Samsung has not shared any details on its global availability, but the Fan Edition will serve as an ideal collectors edition smartphone among Note series fans.