The S Pen is likely to come with Bluetooth support that will enable users to control music and use the stylus as a long-range self-timer to click group photos. 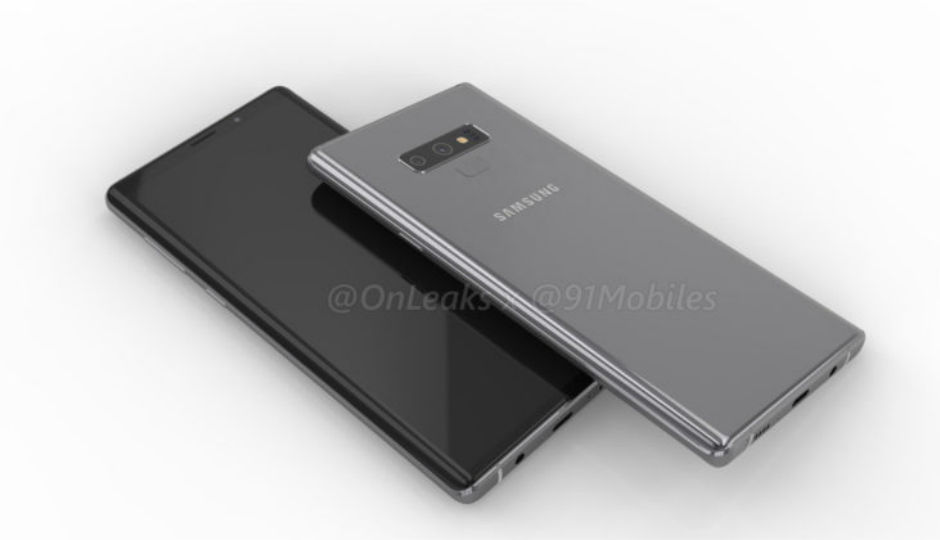 Samsung recently confirmed that it will be announcing its new Note series flagship, the Galaxy Note 9, at an “Unpacked” event on August 9 in New York. The company had sent out invites for the event and also posted a video teasing the S-Pen stylus. Recently, a Russian blogger claimed to have used the phone and said on a news platform, mobile-review.com that the S-Pen will have bluetooth capabilities. Now, known leakster Ice Universe has said that the Bluetooth capabilities in S-Pen will help users control music playback as well as use the stylus as a long-range timer to take group photos.

“The Galaxy Note9 SPen can be used to control long-range self-timer, control music playback, because it is a Bluetooth device, it will do something unrelated to the pen,” the leakster posted on Twitter. By controlling music, it is assumed that the stylus' button will be used to pause and skip tracks. This information builds on the already leaked information which claims that the smartphone will have 4,000 mAh battery, up from 3,300 mAh in Galaxy Note 8 (Review).

It is still not clear what all specs will we see in the phone, but going by the leaks on the internet, the phone with most likely come with an Infinity Display just like the Galaxy S8, S9 series and Note 8. If rumours are to be believed, the Galaxy Note 9 might just be an incremental update over the Galaxy Note 8. It is expected to feature thinner bezels and the rear-mounted fingerprint sensor will most likely be placed centrally, below the camera. The Galaxy Note 9 was earlier spotted on Geekbench and it was running on the company’s Exynos 9810 SoC with 6GB RAM. There will most likely be a Snapdragon 845 variant of the device for other regions. It could feature a 6.4-inch Super AMOLED screen with an 18.5:9 display aspect ratio. The handset is expected to launch running on Android 8.1 Oreo.

The Samsung Galaxy Note 9 was previously spotted on the US Federal Communications Commission’s (FCC) website. The filings it indicated the presence of two more device models, SM-N960F/DS and SM-N960X. Last year’s Galaxy Note 8 featured the model number SM-N950F and the Note 9’s SM-N960F/DS serial number hints at a dual-SIM version of the device, while the SM-N960X is speculated to be the factory-unlocked version.