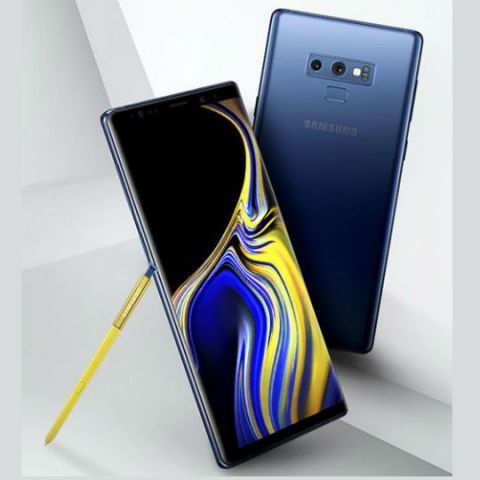 The images show the placement of cameras and fingerprint scanners at the exact same place that previous reports have claimed.

As the date of Samsung Galaxy Note 9’s ‘Unpacked’ event nears, there has been a surge in image leaks of the device. Last week, a poster of the Samsung Galaxy Note 9 surfaced that delved out significant information about the phablet’s dual-camera setup and the placement of the fingerprint sensor on the back as well as the arrangement of speaker grille, charging port, mic and the 3.5mm jack. Now two separate images have been leaked that more-or-less confirm what has been reported so far.

The first image comes in the form of a press render which was shared by Evan Blass on Twitter. He replied to a photo shared by Marques Brownlee (aka MKBHD) with a tweet carrying the message “S-Pen?” and a photo of the phablet. Brownlee replies with “I can dig that” which means that the shared image with a golden S-Pen is close to the actual device that Samsung will launch. Further, a set of two images have also been leaked showing the front and back of the phablet. From the front, the phone looks like the Galaxy Note 8. It has already been widely reported that the Galaxy Note 9 will look similar to its predecessor, and the photo seems to be confirming the reports. The other image shows the back with a horizontally-aligned dual-camera setup and the fingerprint sensor placed in the exact same location as previously reported. 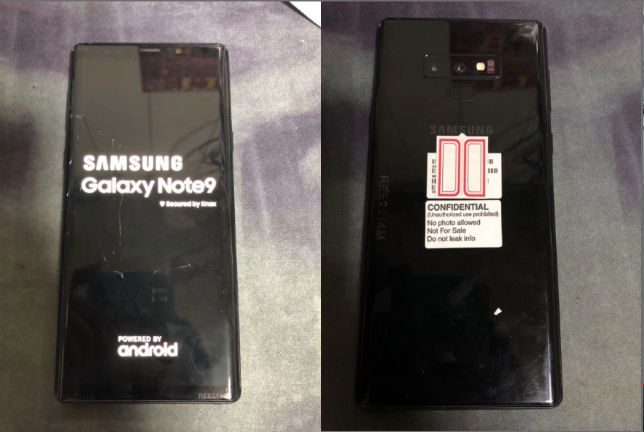 It is also rumoured that the S-Pen stylus will have new and improved capabilities. The stylus with this year’s Note 9 is expected to allow users to remotely control music playback or use it as a long range timer to take group photos. As for the specifications, the Galaxy Note 9 is expected to feature Samsung’s current flagship chipset, the Exynos 9810. In the US, the South Korean company will most likely launch the phone with the Snapdragon 845 SoC. The phone is expected to offer 6GB of RAM and run Android 8.1 Oreo. It may also retain the “Infinity Display” concept, feature a 6.4-inch Super AMOLED display, and have a 4,000mAh battery.