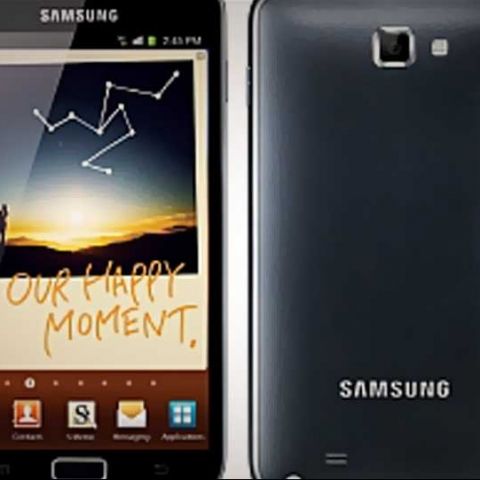 Samsung has announced it will launch a new Galaxy device at a press conference scheduled to be held on August 15. Rumours are the company is going to unveil its next flagship smartphone - Galaxy Note 2, which will come with remarkable improvements over the original Galaxy Note.

According to BGR and Mobile Syrup, the Samsung Galaxy Note 2 will not only be thinner but taller as well. The device is said to have a 5.5-inch display, as compared to 5.3-inch screen of the original Note. The Note 2 will run on the latest Android 4.1 Jelly Bean operating system and sport a 13MP camera. The device is expected to be powered by a quad-core Exynos processor, the same as seen in the S III.

The rumours further suggest that the device will be shown off well ahead of the August 31 IFA event slated to be held in Berlin.

Rumours about the Galaxy Note 2 have been circulating for quite sometime. Last month, we'd passed along the speculation that the Note 2 will be launched in October. It was rumoured that Samsung will pit its Note 2 against Apple's iPhone 5, which is expected to be introduced around the same time.

It may be noted here that Samsung has remarkably grown its market share with launch of new products in the recent past. Samsung took the world by storm with launch of the Galaxy S II in 2011. This year the company released the Galaxy S III (read our review here). With the inclusion of the Galaxy Note 2 plus Jelly Bean to its arsenal, Samsung will definitely grab an edge over its rivals, such as Apple.