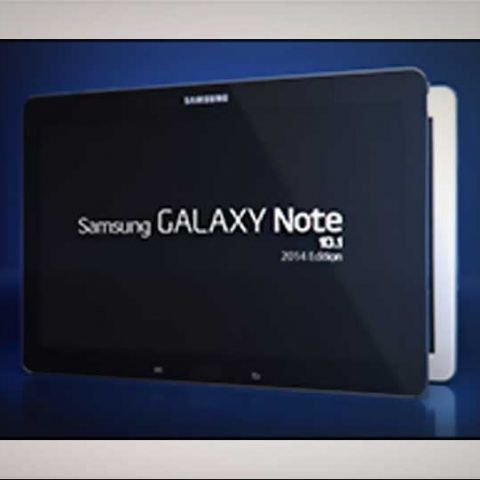 An image of the second gen Galaxy Note 10 .1 (2014) has been leaked, showing a Verizon version of one of Samsung's most popular tablets.

The leaked image is the courtesy of @evleaks, which shows the front and rear end of the Galaxy Note 10.1 (2014 edition) with the Verizon and 4G LTE emblazoned on its back. Samsung clearly pointed out that an LTE version would be available soon when the first generation of the tablet was unveiled last fall.

A Wi-Fi version was launched in the U.S last fall, available in 16GB and 32GB variants, though it came as a bit of a surprise to see that Samsung only launched the top end version in India - 32GB with Wi-Fi 3G.

We hope that the 4G LTE version will be available in both the 16GB and 32GB variants in India. A 16GB Wi-Fi only version, at a more affordable price point (lets say around Rs. 30,000), would be the ideal device to target a wider variety of buyers, with powerful specs and good performance being the additional points of attraction.

For more on Samsung Galaxy Note 10.1, check out our review here.