Samsung Galaxy M52 5G is expected to come with a 120Hz display and a Qualcomm Snapdragon 778G SoC. 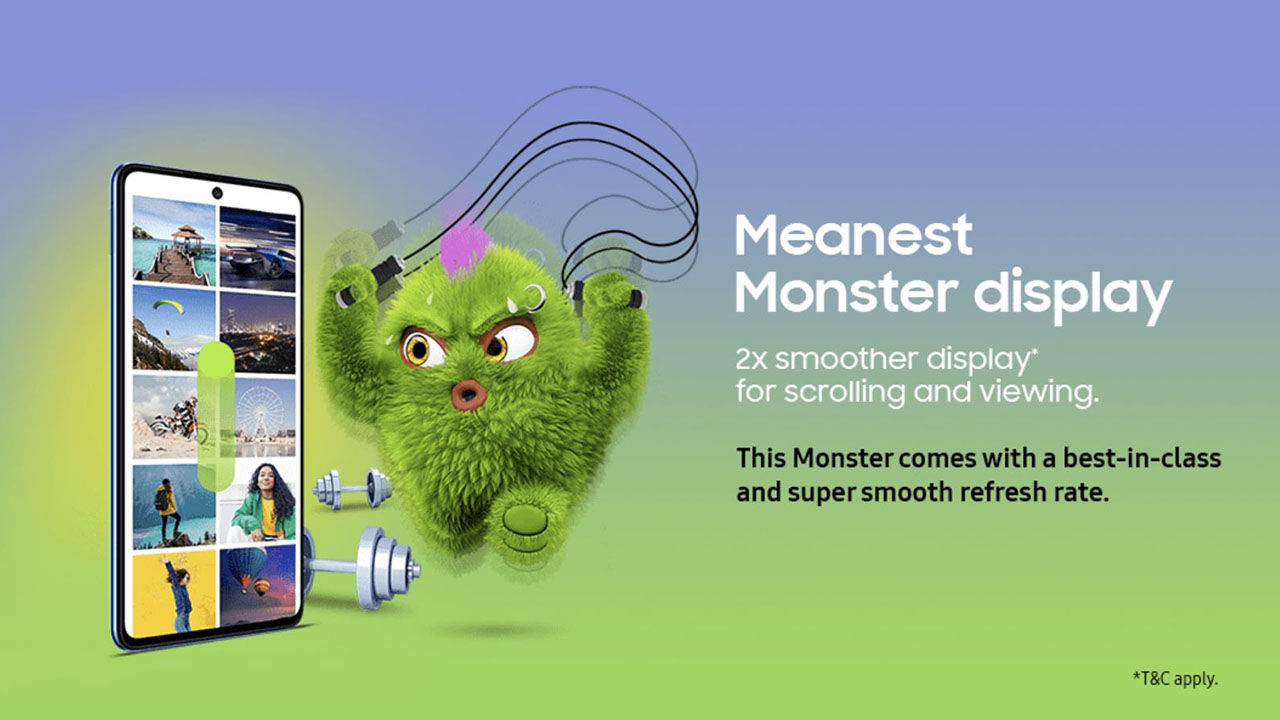 Samsung has teased the launch of the Galaxy M52 5G in India. The phone has been teased on Amazon and is expected to launch later this month. This phone will be Samsung's latest 5G device to launch in the country and will come as the successor to the Galaxy M51 launched last year.

The phone is expected to come with a 120Hz display and a Qualcomm Snapdragon 778G SoC. Apart from these, the Samsung Galaxy M52(₹ 24999 at amazon) 5G has also been teased to come with a hole-punch display design.

As we mentioned above, the teaser on Amazon hints that the Galaxy M52 5G will be launching in India soon. It also teases that the phone will feature a 21 percent sleeker design. Further, it reveals the phone will feature 55 percent improved CPU performance by using a “flagship” Snapdragon processor. To add to these, there will also be a two times smoother display for scrolling and viewing. The phone will also have support for 11 5G bands to make it future-proof.

For now, there's very little official information available about the upcoming Samsung smartphone. However, there have been leaks in the past that have revealed details about the Galaxy M52 5G. For example, recent leaks have suggested that the Galaxy M52 5G smartphone will feature a 6.7-inch full-HD+ (1,080x2,400 pixels) Super AMOLED display covered with a sheet of Corning Gorilla Glass 5 protection and support for 120Hz refresh rate. Under the hood, the Galaxy M52 5G is tipped to be powered by Qualcomm Snapdragon 778G SoC. This will be paired with 6GB and 8GB RAM options as well as 128GB of onboard storage. The hardware will come running Android 11 with One UI 3.1 on top

The phone also offers a lot in the camera department, with the Samsung Galaxy M52 5G said to come with a triple rear camera setup at the back, with a 64-megapixel primary sensor, a 12-megapixel wide-angle shooter, and a 5-megapixel macro shooter. For selfies, the device is tipped to come with a 32-megapixel selfie camera at the front.