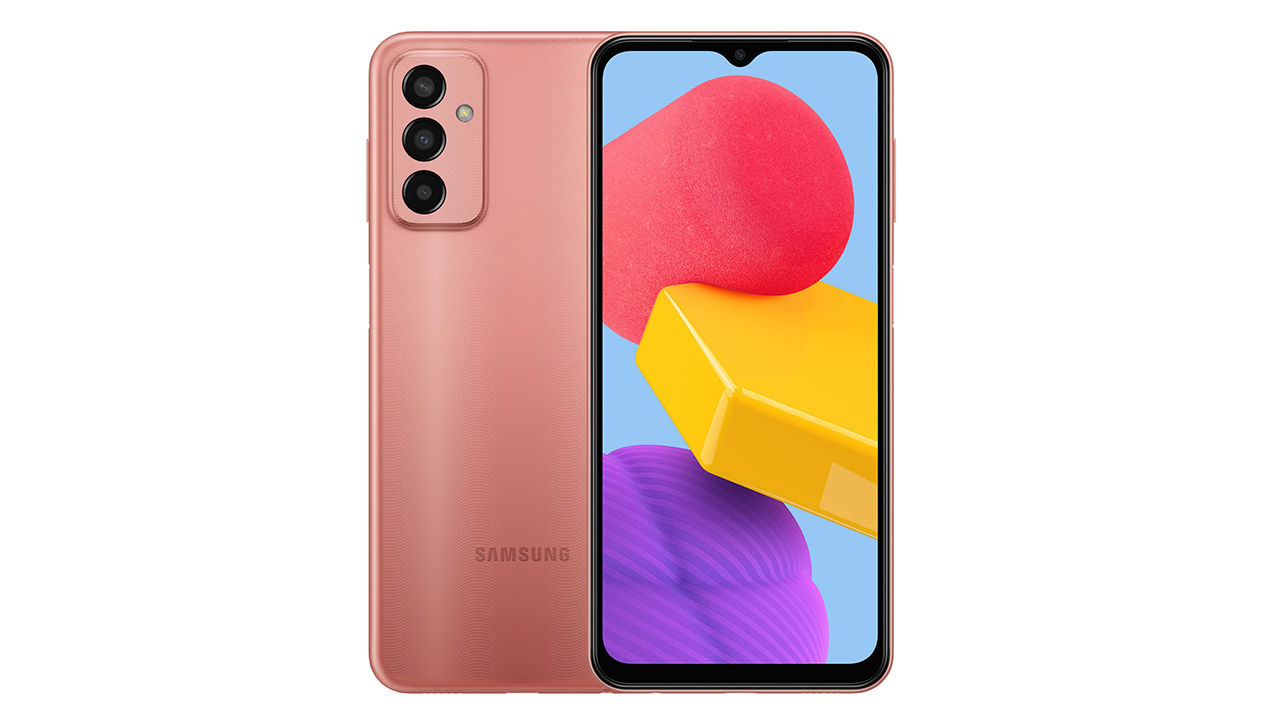 The Samsung M13 is the upcoming successor of the popular Galaxy M12 and is all set to be launched in the Indian and global markets soon. While no official information has been relayed by Samsung yet, a few leaks and renders have surfaced on the web. The latest is leaked high-resolution renders of the Samsung Galaxy M13, courtesy of renowned tipster, Evan Blass a.k.a. evleaks.

The images show off the design of the upcoming budget phone from Samsung and also reveal the colour options. The images show three colour variants – Silver/White, Peach, and Dark Green. The official colours will have different names, but this is what we can see from the images.

Apart from the colours, the high-res leaked renders also reveal that the device will feature a waterdrop notch on top of the screen and a pretty sizable chin. The back of the device houses the camera island on the left with a triple camera setup and a flash. There's a Samsung logo on the bottom as well. 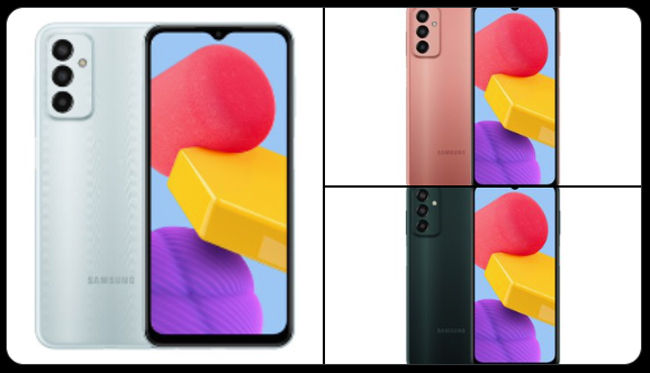 The phone houses the volume controls and the power button on the right side. The power button will also house a side-mounted fingerprint sensor. The back will most probably be made out of polycarbonate. There's also a textured pattern on the back panel.

No specifications or other design details were revealed. The handset did surface on the FCC certification website recently as well.

The Samsung Galaxy M13 is rumoured to feature a 6.5-inch IPS LCD display. The phone houses triple rear cameras out of which the primary one could be a 50 MP lens. The other two cameras could be an ultrawide and a depth/macro shooter.

The phone is rumoured to feature a 5,000 mAh battery with support for 15 W fast charging. The phone will likely ship with Android 12 out of the box. There are also rumours flying around that the phone could have another 5G version, but we aren't sure about that yet.