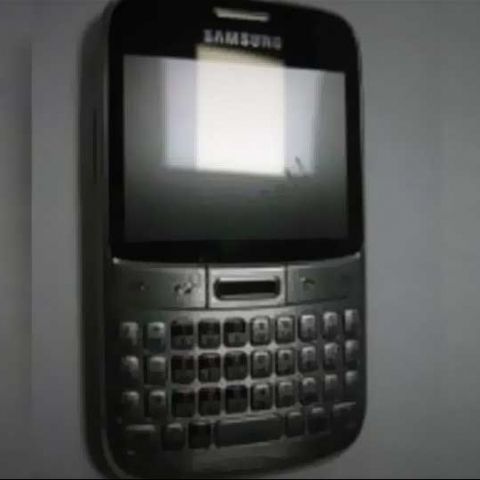 Photos of a Samsung QWERTY smarpthone have leaked online. The model number of the device is GT-B7810. This machine looks to be the next step in an evolution from the original Samsung Galaxy M Pro released in 2012. It has what appers to be a metallic finish but whether is metal or plastic will be confirmed once the product is actually showcased.

The leaked images comes from Blog of Mobile which suggests that the device will run on Android 4.0 ICS and have a 2.7-inch display with a 480x360 resolution. The device will sport a 5MP camera on the back and doesn’t seem to have a front facing camera. The smartphone will support a microSIM card. There is no information on whether the device will be upgradable to Android 4.1 or 4.2. The GT-B7810 is expected to hit store shelves in 2013.

Samsung seems to be targeting a wide audience with the launch of a large number of devices in 2013. At MWC 2013, we expect to see the Samsung Galaxy S IV, Samsung Galaxy Note III, a new 7-inch Samsung tablet and more.

In India, we have seen the Samsung Galaxy Y Pro Duos. It runs on Android 2.3, has an 832MHz processor and 384MB RAM. It has a 2.6-inch TFT capacitive touchscreen display with a 320x240 resolution. The built-in storage is a mere 160MB available to the user, expandable up to 32GB via microSD. The rear houses a 3.15MP camera with VGA videos and the battery is 1350mAh. You can read our review of the device here.